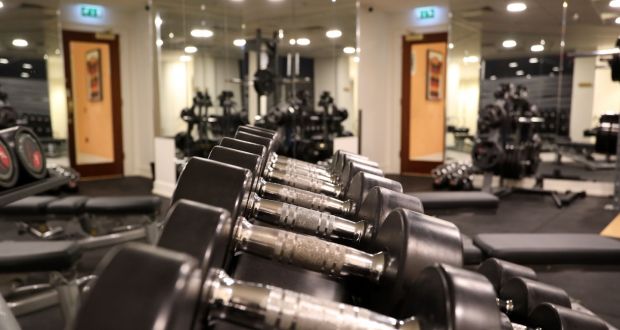 The run-of-the-mill fight gym (and every Yuppy-Mill Gym Program or Martial Arts Chop-Shop as I call them) usually has the basic devices conventionally used to minimally prepare fighters – heavybag, speedbag, some weights, and a few medicine balls.  But do these guys ever get the attention to learn why these training devices are used?  Why do all the pop-culture magazines have bags of all types with gimmicks that may hook the average buyer?

I’m going to go through the best equipment and the best ways they’re used.

First, only the most ardent boxing gym owners have an evaluation line (eval-line) in their facilities, but it is the foundation to good footwork.  Even though many fighters achieve good footwork without ever using an eval-line, it is perhaps the quickest way to get there, and anyone would have saved time if they used it.  Eval-lines are usually one line that runs a minimal distance of moving across a small ring, 16 feet.  I prefer using 3 lines to avoid creating bad habits like being too linear a la fencing.  The 3 lines would be general guidelines for the positioning of the feet.  Fighters should start their work-out doing about 4-6 sets of various eval-line drills going both ways.  Beginners should do additional rounds of just the basic step and slide.

Light heavy bag – This bag is typically used early in a fighter’s routine to mimic a fast paced opponent.  This bag should swing a good amount and be most easily moved by punches.  It’s important to work on footwork and angles.  Don’t rush your moves on this bag, like you should never rush.  And remember that all bags should be hung on a, at least, a 10 foot hight ceiling to allow a fighter to work in a 10 foot square.

Mid-size heavy bag – I prefer this bag to be a water bag that moves but also has some weight to it.  The water bags are the most fun to hit as long as there isn’t any foam.  The water mimics a good body shot.  Often, you want to dedicate a fighter’s time to the body in the early to mid rounds.

Big-heavy bag – This bag is essential for any boxing gym.  I’ve never seen a good, established boxing gym without an oversized, extremely heavy bag.  When a fighter uses this late in his work out, it tires-out his arms and gives different feedback.  It’s important to try to move this bag and then give it angles when it comes back.  And stopping it with punches should be very, very exhausting.  Try not to push this bag or “waste time” leaning on it.

Body-head bag – This is one of my creations.  I take two horizontal uppercut bags and stack them.  The bottom bag should be shorter than the top bag, so you can go to the bottom bag (body) and uppercut the top bag (head) from the side.  Punching on one end of the bag allows you to throw long hooks and follow it with close shots or vice versa – it simulates the person stepping in or stepping out.  The edges at the ends of the uppercut bag make this the best bag to throw true uppercuts at.  Other bags have angles that don’t allow for uppercuts that go straight up, or they’re too high to allow you to throw true hooks or go to the body.

Thai-bag – This is an essential piece for fighters to learn how to kick.  It’s important to have a hard bottom so fighters can condition their shins.

Dummy bag – The best dummy bag I’ve seen is the Fighting Man Dummy by I&I.  This is a bag that helps fighters envision the limbs and work on moves.  This bag should not be against a wall.  A fighter should be able to step to the sides and envision fighting orthodox guys and conventional guys.

Pot-Shotter (or Pot-Shooter) Wall Bag – This is a mix between the Willy Bag created by Cus D’Amato and a mattress that Tommy Gallagher used to have rolled up on the wall of his gym for fighters to burn-out their arms (I call it burn-outs – I’m so imaginative).  You paint x’s or circles up and down the mattress-like padding on the wall.  It’s unorthodox and, some may say, wrong but it teaches fighters to throw punches at a different trajectories and angles from one position.  It trains a fighter to catch guys with a lot of head movement and who give good, fast angles.  Just remember not to go too far over and fall off balance.

Speedbags (aka light bags) with adjustable platforms – It is very important to use adjustable platforms and work on different punches on the speedbag.  Anything helps that causes a fighter to work his skills and give him a lot of different looks that he might get in the ring.  Lower the platform and practice jabbing it.  Pin the bag to work uppercuts.  Throw 2’s at the speedbag.  You can put the bag really high for a fighter who is working on fighting a tall guy, too.  And use an assortment of bag sizes.  Sometimes the small bags get really easy to hit as it doesn’t allow for a lot of arm movement and those bags can be more predictable.

Double-end bag (or top and bottom bag) – This bag is often presumed to be a waste of time, but it’s because they’re often too tight.  Besides slipping and timing, this bag is good for teaching fighters how to punch and stay in balance.  Fighters should sit-down on their shots to learn how it feels to stay on balance in case they miss.  Some gyms just use a tennis ball and two bungees.

Wrestle dummy – This is a great training tool to get the reps in and to work with if a fighter has ringworm.

Throw-around floor heavy-bag – This bag is good for ground and pound drills and punch reps from top position.

Human rescue dummy – Everything to mimic ring situations as much as possible is good to me.  Use a rescue dummy (usually 80 lbs.) for endurance drills, but it also trains the fighter how it feels to pick up another person in case it happens in a fight.

Slip bag (Maize) – This is just another device to work head movement.  This bag should be used to work specific moves and should be heavy enough to punch.  It’s important to use pivot steps and punch.  Punch past the bag as well as at it.  I just fill a pouch with rocks.

Bat or heavy rod – I have my guys swing it hard at the bag for rounds.  It’s different from a sledge hammer on a tire because it’s lighter and a fighter could maintain his stance better.  This technique helps fighters learn to sit on their punches.  Use more a golf or softball swing rather than a baseball swing to mimic the 2 (straight or cross).

2 Replies to “The Truth about Fight Specific Gym Equipment”

2 Replies to “The Truth about Fight Specific Gym Equipment”