Home » The Boxing Identity of My City

The Boxing Identity of My City 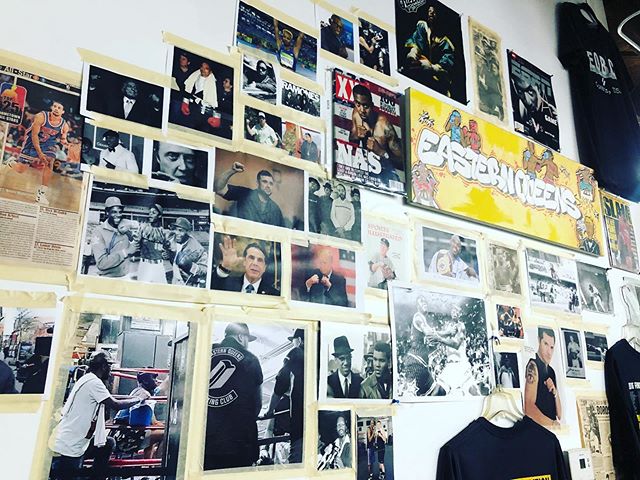 “The City” should have the best fighters block for block for the logical order that we have always had the most fighters. We indeed have a pugilistic tradition of champions and fight minds richer than any city. New York City, by sheer number, trumps Pittsburg, outruns the Philly-fighter myth, and even beats-down the ridiculous notion of a group of states in the Midwest having some particular production of excellence besides old American cars.

New York City arguably has the most sprawling demographic of fighters mile for mile than any other place on earth. The proof is in the numbers of champions, the size of its amateur boxing scene, the number of boxing gyms and clubs, and in the registered and licensed representation of boxers.

This isn’t to cite for applause to the New York fighter, although I do believe we have the most likeliness to create top fighters because we have the most competition – but that is it. I actually indict my city for having the most wasted talent. The popular gyms suffer from neighborhood hype and overrated nobodies. Our top street fighters act like champions but often can’t even win a single round of the Golden Gloves.

New Yorkers think they’re tough. Rightfully so, in so many cases. But because it’s such a big city with more of everything, we’re taught early that we need to be modest because there are so many people stronger and tougher than we are.

But what happens when a New York kid realizes he’s tougher than anyone in his projects? What happens when a New York boxer finds out he’s better than anyone in his gym? What happens when a New York boxer finds out he’s the best in his borough? He starts to think he’s the best in the world because being the best in his neighborhood makes him feel like it is the world when you’re from New York. This dynamic happens in all sports and with everyone from New York. We are known to have a superiority complex that makes fools of us. Other cities might have a similar dynamic, but none as retarding to progress, none as regressive. Conversely, a top boxer in Iowa might be the best in his town, and he might be a bit cocky, but deep down he knows, and everyone in his town knows, it means very little in Iowa. So he works harder, the underdog mentality applied, and he goes further than many better talents from a city like mine. This is a typical story.

Ego is the most appalling swindler to the fighter. It tries to buy every fighter in the world, but it has affairs with New Yorkers in every way, so it quietly robs us of futures, of work. Ego makes us care about how we look so much, and everyone looking cultivates that ego. That’s the problem with New York. The great numbers of competition also lends to a curse. I once was in a gym and watched a top Olympic talent from New York fold from a punch to the elbow because standing-up and looking hurt probably seemed more embarrassing than falling to the canvas whimpering from a 4-second “injury.” That’s one anecdote of hundreds, but I don’t need to enumerate. Ego makes a fighter rather be injured than look hurt. It makes a fighter rather look purposed than be willing. Ego makes a fighter rather look tired and being beaten than hard working and being beaten.  Ego makes a fighter protect instead of defend. Ego makes excuses. It’s why I almost hate the New York fighter. His ego makes him a liar in the most truthful place in the world, the ring.

New York gyms suffer too. They struggle to not be the underdog, perhaps the most promising grace in life. And when they become favored, the door to failure is opened where I’m from. It’s why the top prospects from New York almost “always” have to move out to make it. In every sport in my city, the distraction of population is the bane of our burgeon.

In my gym we strive to be a small-town club, but it increasingly gets harder. On the wall, “Be humble” is written as a reminder for a sport that thrusts humility upon a person as it concocts arrogance above him. It was my intent to have fighters that remained down-to-earth. It continues to be important for my fighters to be the best and to be confident, but it’s more important for them to feel like they’re not near the best – unless, of course, it’s real. It’s cool to think you’re the best from passing so much proving ground, but it’s more important to continue to struggle to excel. That’s how greatness is made. So I wanted a New York gym away from everything New York – I wanted to be respectful. We were at the bottom of the food chain, but we had a joke about Brooklyn boxers because so many of them pretend they’re Floyd Mayweathers with unsuccessful shoulder rolls; we called the “Philly-shell” or the “Michigan-Shell” done the wrong way the “Brooklyn-Shell.” You see, that joke lacked humility, and now I see my “small-town” boxers getting hit with right hands trying the shell I only ever allowed a few to do. That’s irony. That’s New York.

Popularity is a dangerous drug for New York City boxers. It’s like riot-mentality in which people want to be part of the largest, winning group, losing sight of purpose. New York fighters think it makes them thrive. In reality, the hype dismantles them. It’s one thing to represent where you’re from and not forget it, but it’s reprehensible to bask in it. Boxers actually should never bask in anything. Also, It ultimately means nothing what neighborhood or city anyone is from unless that place shares a set of core ideals and the individuals share binding, personal relationships – only a club can do that (whole cities can never do that). The by-product of all the ego and popularity is that the greatest feature of any fighter is lost. New York fighters – sad to say – are often “game-quitters.” If we can’t blow you out, we’re willing to be in there and lose without really putting our shields on the line. What makes a great fighter is the fight – the will to win in the greatest adversity. I’m not going to name the New York fighters who tend to be front-runners, but think of so many of the neighborhood sensations from New York. How often do you remember them being guys who finish fights well? They tend to be fast starters who, after a fight goes on, you would think they’re about to lose or give-up. You don’t believe in them, perhaps because they don’t believe in themselves. Sure, some of them might take a game beating or continue to try to get lucky, but there’s that intangible facet of the fight that they just appear to quit. Did the dying cheers get to their senses? When’s the last time there was a New York fighter who you thought was a warrior who didn’t just need a one punch knockout to win a fight late? Who was the last New York fighter who didn’t have to look good winning to win or didn’t have to win early?

Well, I’m trying to see to it that those days could come back.

“The world is a lot bigger than your borough, kid. Be humble.”

3 Replies to “The Boxing Identity of My City”

3 Replies to “The Boxing Identity of My City”