Grunting In Fighting and Proper Breathing 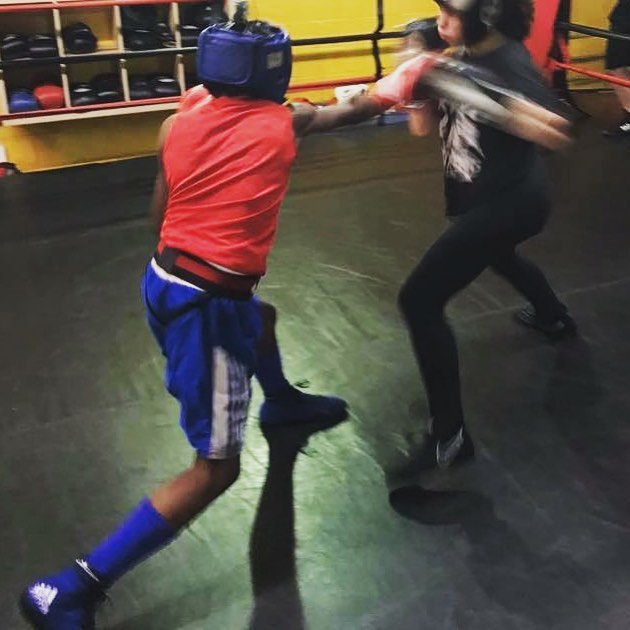 Besides the fact that grunting sounds feminine for fighters and that it goes against every notion of relaxation with the intensity usually designated to supremely lacking weight-lifters and man-grabbing footballers, it just doesn’t work in any way a fighter may think.

Grunting, by definition occurs because “the glottis briefly stops the flow of air, halting the movement of the lungs and their surrounding and supporting structures.”  Grunting, simply put, restricts the lungs.  A grunt actually narrows the opening in the lungs, breaking up the breathing rate.  The allure of grunting is that it feels easier to throw a few hard punches than the traditional, and proven, inhale through the nose and exhale through the mouth continuously, because a grunt is a controlled forceful exhalation.  When a fighter grunts for a series of punches, he is breaking-up his breaths and timing his exhales to work with his punches.  This mechanism is a mistake.

In tennis and weight-lifting and tackling someone before a whistle blows, the action is finite and is almost absolutely patterned or lacks follow-up, so concentrated exhalation can pay off.  Although the audible breath is unnecessary, it is not a detriment in those activities.  In fighting, everything about grunting is detrimental.  It can be a tell, it is taxing for a duration of rounds, it takes away from other strikes in a sequence of strikes, it is embarrassingly epicene, and it is unnatural.  Fighters make the mistake because the instinctive fallacy is to cut their breaths short in order to save a breath for the next action, but this absolutely goes against the empirical benefits of breathing naturally.  In the chaos of fighting, timing your breaths leads to matching your breaths to your punching, and the only way to be successful with such habitual grunting is to be successful “in spite” of this breathing.  Do not make the false correlation when you see a grunter’s fighting success to mean that grunting works well.

Fighters, it is okay to inhale when you throw some punches.  This fact is severely neglected by fighters.  Even when they make the “ish” sound that goes with proper breaths through the teeth/mouthpiece, too many boxers make the mistake to break up the exhales to match each punch from a single dose of oxygen.  Other fighters actually hyperventilate (extending the time without oxygen in order to strike more without inhaling – similar to what many swimmers do).  The problem lies in that the sounds of proper and improper breathing are almost identical because the gyrating body breaks up the sounds of one full exhale to sound like separate breaths.

Exhaling through the nose is bad fighting form, too.  Inhaling through the nose is necessary and healthy, but exhaling should be through the mouth for major reasons.  If you’re hit during a nose exhale, you have a greater chance of rupturing the ear-drums and also hurting your equilibrium which, in turn, can cause a knockout.  A more likely problem is that if a fighter is bleeding, and a fighter may not even know it, exhaling through the nose can rapidly swell his eyes, impairing vision.  It’s why cornermen are known to say “Don’t blow!”  to their fighters.  According to Dr. Johnny Benjamin from MMAjunkie.com, “The acts of blowing your nose, grunting, straining during exercise (commonly lifting weights), pushing for a bowel movement, etc. increases venous blood pressure” which, in turn, increases loss of blood from damaged veins and rapid swelling.  This physiological event is called a Valsalva maneuver, done in order to increase blood flow (not a good idea for the eyes in a fight).   Additionally, exhaling through the nose should not be done, as mucus can impede the nose and cause hyperventilation and a build-up of carbon-dioxide – it’s hard enough to inhale through the nose at times, so don’t exhale that way.  Another reason to exhale through the mouth is to dump more oxygen (leads to fuller inhales) and assist in hitting harder and more times in a single exhale.  (Also see hyperpnea.)

Above all the jargon, always remember to just breathe naturally, in through the nose and out through the mouth.  And remember that the old adage “breath with every punch” is actually wrong, if you take it at bloody face value.