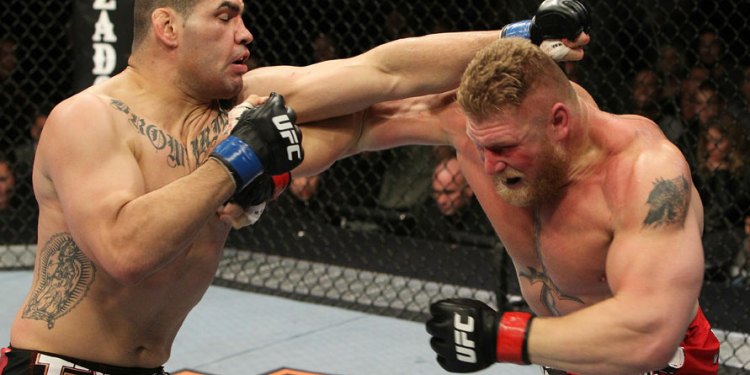 A. O’Toole’s comical entries, 12 Reasons Boxing Guy’s Hate MMA and 12 More Reasons You Should Hate MMA, Too, have gotten ShootaFairOne.com a mass push of emails in support for O’Toole as well as a few peripheral death threats. Some feedback was so top-notch that I felt compelled to address them along with one fine bashing.

Where does this boxing-mma beef come from? For one, the hard feelings come from the two sports’ fan bases not intermingling with each other as much as they seem to be meant to. The boxing crowd generally does not associate with any other crowd – most notably football, and now mma. Boxing enthusiasts, or more so the boxing purists, simply don’t fancy the idea of intimate body contact or any posturing that they think goes along with such occupation of mixed martial arts. There had been decades old Freudian-like theory/myth about American folklore expressing that full body grounding contact, as in football and wrestling (and so mma) is an expression of latent homosexuality (see Alan Dundes’ Into the Endzone for a Touchdown: A Psychoanalytical Consideration of American Football). O’Toole buys into it along with his educated audience and his impressionable following; O’Toole, like Dundes, has received death threats and relishes the compliment. Boxers, in the converse, don’t pay mind to mma’s nature, but on some trivial level of partiality, they simply consider it gay.

There are relatively few people who follow and respect both sports – from my experience with the two populations of fans to participants – but the allegiances continue to shift. Joe, a former boxer from Tommy Gallagher’s old gym in Ozone Pk., NY, attributes the discord to “mma [being] a side shoot culture of fighting, they’re not really fighters.” Some people think mma is a spectator sport affected with hero worship. Joe said, “When I was 15 watching Junior Jones train, I didn’t sweat him, I respected him so I wanted to one day fight him.” This is the outlook that all fighters have in common, but boxers seem to think they have the exclusivity. “Until the mma stops with that metal head mentality [sic] and be real, I can’t look past the [façade].”

It is not, however, just boxing gyms where you see the disposition born of years of hardships. When I was at Ray Longo’s mma gym, for example, there were a lot of guys who took it up like any sport and embraced mma like it was a natural progression after Taekwondo, but there were some real guys in that gym like any boxing gym. You would know that Longo was a real guy, a true fighter. He had years in him, a little run-down, but he reminded me of an old boxing trainer, unassuming and knowledgeable. He would probably still kick some butt. One of Longo’s fighters, Luke Cummo of Ultimate Fighter fame, was probably the finest example of what a seasoned boxer would call a true fighter: soft spoken, humble, and didn’t seem to choose to fight simply after college or after some bar altercation. The boxer who has mma on his radar may see the mma fighter who was born into and raised fighting as an enigma, someone who should go 30 minutes instead of 15. This is the common prejudice and not totally true, because there are plenty of “those” guys in mma. They are just a minority, as the culture of mma has found the heart of middle American brashness as well as upper-middle class American naiveté, and it has not particularly caught the imaginations of the people of the slums and ghettos where boxing still finds its gems, however fewer today than decades ago.

Boxing is steeped in a subliminal tradition of poverty; it’s where the notion of a “hungry fighter” comes from. The boxer outlook is that fighters have to be from some school of hard knocks, whether it’s Brownsville, Brooklyn or some eastern European iniquity. But one doesn’t have to look at the crop of mma fighters to see what boxers loathe. Just look at the Klitschko brothers or any big football player who became a professional boxer. The prejudice is that they didn’t go through the rights of passage of becoming fighters. Both Klitschkos are doctors, and NFL players were obviously not boxers first. In boxing, it is usually years of rigorous concentration, having passion while knowing how it is to have nothing. As a rule, there is no “catching a break” in boxing; you keep winning and you will earn a shot. The consummate prejudiced boxer thinks the Klitschkos have little skill other than the gift of size – something that looks to one day be disproven – and that NFL big guys are just big guys who survive only until they fight higher ranked boxers or until they meet guys with wills bigger than their muscles.

MMA’s argument against boxing is that in mma one must train every discipline and, ultimately, that groundfighting is more realistic in real life combat. They believe that the better-rounded fighter beats the specialist of any sort 9 out of 10 times. They believe fights end up on the ground most of the time. But others argue that a real fight has too many variables and is too unpredictable, like a crap-shoot, that boxing vs. mma becomes moot when discussing it’s relevance to real combat. A real fight could consist of knives, sneak attacks, uneven numbers, individual attributes, size differences, chance, etc. If the two head to head in a fight is a scratch, mma may be considered more intriguing by some people who like to see take-downs for the aesthetic appearance of domination. I, for one, still remember school-yard fights in which one kid tackled the other, and everyone “oohed” and “aahed.” And the one kid who did the tackling always believed, in the moment, that he did something great – whether it’s the crowd’s jeers or the feeling of supremacy from leveraging another person’s whole body weight. Also, if you were ever on the receiving end of those tackles, you may have been embarrassed for the moment even if you weren’t physically hurt. And you most definitely would have thought you were losing, if at least in the moment. Many girls, too, have been in fights that consisted of grappling. In more urban areas, girls put Vaseline in their hair so they weren’t too easy to get a hold of. The point is that the wrestling aspect of mma is what is empirically equated to all-out fighting, so most people are going to gravitate to it. Most people do it when they aren’t trained to fight. MMA is a stronger sport for attracting fans because people identify with it more and there are a greater number of people who have been in fights without being deft at throwing punches. Even the average nightclub bouncer looks like a fool throwing a haymaker, but he could look pretty devastating putting someone in a half-nelson or taking someone down, even if unskillfully.

Until Cain Velasquez upset Brock Lesnar, nothing truly caught the attention of boxing aficionados watching mma. Other than the ideal that skills overcome size – as once was messaged by the dominance of Royce Gracie – the idea that calmness overcomes monstrosity was an enlightenment kept by old martial arts masters, and Velasquez hinted at it in every way. Fedor Emelianenko, too, has been an embodiment of a quiet, skilled warrior – not a brute Viking (as Brock Lesnar had called himself) – but he hasn’t seemed to make any boxing guys turn their heads – probably because he had not fought a Brock Lesnar Viking who had the hype machine working behind him since his WWE days. Perhaps it’s Cain Velasquez’s ability to punch the right way that has the boxing audience saying, “I like this guy,” amidst the extracurricular middle fingers or wide-mouthed mean-mugging ubiquitous at every UFC card. I think it was the fact that he beat the big and bad Brock Lesnar on fair ground – he stood in front of him and beat him without having to gain leverage. He was taken down and he managed to get up. He looked smaller, but he matched-up and made the bigger guy look like a sissy. Arguably, no other undersized heavyweight had performed like this in mma before – usually it would be BJJ or a lucky knockout. And there was calm after the storm…“like he had been there before” as the saying goes in baseball, regardless of his miniature record of 8 fights. And even in the locker room, Cain Velasquez looked like the bright new chapter in mma. Though too early to be a Hall of Famer in a Hall of Fame that should not yet even exist, Cain Velasquez looked like a champion, a real one that any boxer can respect.