Home » What’s Wrong with Boxing (Not a Question)

What’s Wrong with Boxing (Not a Question) 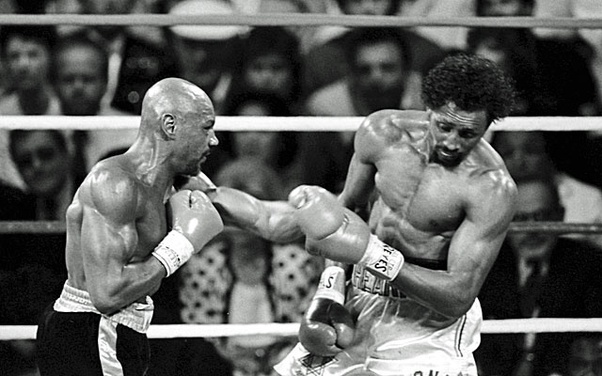 Boxing has changed since the old days. In America, it seems too much has changed. Besides gyms closing-down to an economy suited for gentrification and displaced – or misplaced – welfare recipients, the fighters who remain are a meaningless percentage of people who don’t seem to need to fight. Fighters from fifteen to twenty years ago compared to today, if they were made up of the same DNA, would not be spoiled by luxuries, and I dare say that they would be better fighters. In a simpler time, fighters didn’t have choices or they didn’t know they had them.

Of course, the elite fighters today may have been able to tango with the old-timers, but as time passes, fewer and fewer elite fighters seem to be of that recognizable pedigree – poor, proud, and empowered by an implied desperation. It is no surprise that grungy gyms are a thing of the past. Gleason’s Gym, in Brooklyn, had lost its grit with the influx of white-collar boxers, and women – it may be argued. The gym is now set to close-down in 2010. “It’s already a yuppy neighborhood with people who don’t have the nerve to even pretend to be fighters,” one trainer said matter-of-factly. “And real fighters don’t want to be around that.”

Could technology and quality of life be something dooming boxing as sport in America? Every era had its boxer who defined a time, in accord or in revolt, even in their ring-fighting styles that captured peoples’ imaginations. Jack Johnson, Sugar Ray, Muhammad Ali. In the late 80s and early 90s, fighters were captivated by Mike Tyson’s ferocious hip-hop bluster in the ring. Fighters like Larry Barnes and Cliff Couser copied him in vain. After Tyson, fighters leaned like Roy Jones Jr. and threw punches from unorthodox angles. It was an era of transition and Jones embodied it as he moved in the ring unable to be predicted, and winning in weight divisions from middleweight to heavyweight. Today, a time of showiness over substance, excess and meaninglessness, luxury hiding inequity, fighters just don’t punch with the oomph of the past. They are valued by their defensiveness, not just their defense. Like Kevin Kelley once said, “People have gone from defending their titles to protecting their titles.” No thanks to Floyd “Money” Mayweather Jr.; he’s just the embodiment of our time. He rolls punches, every move brilliant in itself, but only in itself.

Boxing today is overrun by belts and interim titles and rankings. 20 years ago was much simpler. Sure, there were alphabet titles of the full assortment, but fighters fought everyone they had to. It was the culture of boxing. That’s why when anyone avoided a fight, he was “outted” for “ducking.” Today, “ducking” is “just business,” American politics that fighters today regularly practice. No thanks to Roy Jones Jr; people just saw what worked when Jones stood by his demands and fight terms. Now every fighter is dotting his I’s and crossing his T’s and trying to make everything as safe as can be.

When Jones ducked Bernard Hopkins, it signified change in boxing. Not to say fighters had not represented themselves before this, but this was a high profile negotiation that proved one thing about boxers that would never before had been associated with them: Proving themselves is not worth a fair fight. Jones refused to give Hopkins, a champion with a string of top-notch wins, even money. He wouldn’t fight Hopkins for anything less than 60% of the purse until they were both on the decline in their forties. This marked the age of “sissification” of boxing.

Years ago, fighters never copped-out or pleaded to any disadvantage. Of course, casting hand-wraps, mixing a fighter’s drink, unstuffing gloves, being off-weight or too heavy, blinding an opponent with a substance that stings the eyes, biased judging, and taking performance-enhancement drugs are completely wrong, but this stuff was around before and fighters used to not be such quakers in dealing against it. Although “skills pay the bills,” as Floyd Mayweather Jr. once said, he managed to make Manny Pacquiao’s strength an issue worth not fighting. Mayweather imposed his own demands onto Manny Pacquiao that no other fighter had to submit to before – only because he believed Pacquiao to be too strong at their weight class. Imagine Jake LaMotta complaining about Sugar Ray Robinson being too good at middleweight? Fighters have moved up in weight before, but Manny Pacquiao’s performance was questioned, not because of any previous suspicious acts, but because he was the only 7-division title holder in the history of boxing. Boxing had never put such a cap on itself before. What, boxing can’t be that good? Who can blame Pacquiao for not bending more, when Mayweather never bent at all?

If Paulie Malignaggi were an old-timer, he wouldn’t defame anyone, like Manny Pacquiao, with what his “opinion” was about the other guy taking enhancement drugs. He probably wouldn’t even let it cross his mind. All it means is that he thinks the other guy is too good. It’s that simple. It’s also an unwarranted compliment and it’s bad for boxing. It even makes the boxers look irresolute, soft. Cus D’Amato discussed this with his fighters when he taught the psychology of fighting. A fighter should never concede size, strength, stamina, or toughness to any other fighter. “To be the best, you have to believe you’re the best” no matter what implications your mind might let in. Of course Malignaggi would take the fight – anyone but an extravagantly rich and undefeated Floyd Mayweather Jr. would – but believe that he, Malignaggi, would be at a psychological disadvantage. He publicly said that Pacquiao has too much energy, takes too good of a shot, and does not break down like other fighters. You can call it awe. The accusation of performance enhancement drug intake is also a built in excuse for losing, and if it’s not that, it seems that way, therefore, it’s a pansy thing to say. “Fighters should withhold comments that make them look like a bunch of washwomen if it doesn’t fair on the side of being brave,” one old-timer said. When Muhammad Ali’s couldn’t see and his whole corner suspected foul play on the part of Sonny Liston’s corner, Angelo Dundee demanded that Ali still go out there and “get on your bicycle.” That old-time stuff would never happen with these pampered athletes of today. At the very least, if a fighter thinks something and doesn’t say it, he isn’t giving a psychological boost to his opponent.

For all the fear and crying ubiquitous in boxing today, Miguel Cotto gets, perhaps, the most respect. He just doesn’t whine and complain. Perhaps it’s because he knows deep-down that Antonio Margarito would have beaten him with or without casts, but imagine if Cotto were less of a man. It wouldn’t do anything for the sport of boxing. It is as it will be. Margarito got caught doing a despicable, cheater tactic and hopefully it doesn’t happen again. Most of today’s fighters, it seems, in Cotto’s position would have gone on camera and made allegations and made pleas as to why they probably lost that fight.

Fighters are special because they seem to have a sense of self, almost to the point of obliviousness to everything that can do them harm. They just deal with things, count their blessings, and eat their losses. Years ago, when steroids were first introduced to sports, fighters didn’t even acknowledge a possible problem. It was as if anyone did steroids, no one cared because it was seen as the fighter’s insecurity or weakness that caused him to take it. Other fighters believed they didn’t need it. Even when Evander Holyfield was heavily suspected (some say it is proven) of taking steroids – causing a heart problem – fighters didn’t give the drugs credence for making Holyfield better. It was not even an issue. When performance-enhancement drugs were found in James Toney’s tests, fighters didn’t protest or reconsider previous losses to him. And years ago when Luis Resto’s gloves were discovered to have the stuffing taken out, not one of his previous opponents accused him of anything. And Mike Tyson could have blamed his corner for his loss to James “Buster” Douglas, as they had no proper enswell or compress for his swelling eye. But the real issue was that Mike didn’t train. Of course, Don King tried to protest the long-count, but that was not a worldly representation of boxing. The point is that boxing used to be made of tough guys in a tough sport who did the toughest things on a regular basis. Today, it’s just more and more regular guys making the toughest sport as soft and regular as it can be. Maybe they’re just preparing for their landing.

And hopefully, it’s face first on the canvas. At least in America.

4 Replies to “What’s Wrong with Boxing (Not a Question)”

4 Replies to “What’s Wrong with Boxing (Not a Question)”