Home » What Makes Some Trainers Great

What Makes Some Trainers Great 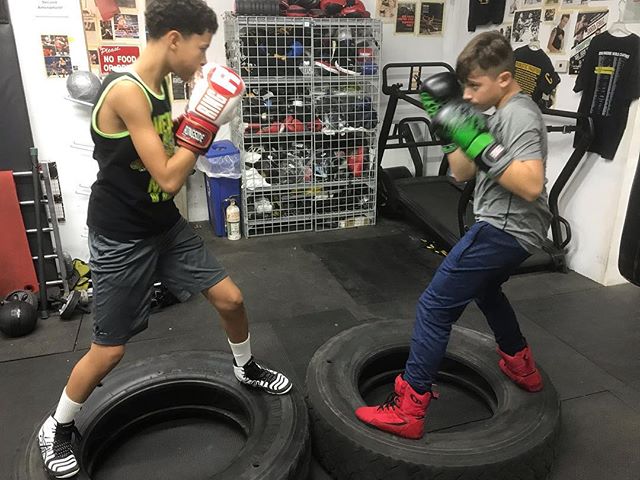 Experience, certifications, and accolades are pretty, and they’re pretty convincing.  That and the referrals from “friends who mean well” or a fellow fighter can bolster any trainer’s nomination to be the trainer of choice.  An old reputation can look great, too.  But remember, some of the best trainers have never trained a day in their lives.  Finding a good trainer, ultimately, is more about what an individual fighter can personally see than any ad homonymous sales point.

How does the trainer communicate with the individual fighter?  That’s either a pass or fail, so it should be a given.  If the trainer’s approach doesn’t fit at first impression, it’s likely the pair will not be very successful.

Whether someone is a newbie or a seasoned veteran, the most important quality to look for in any so called authority is his ability to provide evidence for anything he has to offer.  The best training minds can break-down every nuance they suggest.  And in between every piece of evidence, he should be highly skilled at discerning what the nonsense is.  And even his opinions are backed by evidence and placed on a platter of full disclosure.  I find that the best trainers will talk to you forever.  When it comes to betting odds, a top trainer might not always be able to “pick’em” right, but he should be able to pinpoint habits like a poker champ reads “gives.”

Finding a great trainer, then, is the rigorous challenge.  It’s like finding a great physical therapist or great car mechanic.  My overwhelming feeling is that they are all mostly hacks who guess here and there or if that doesn’t work they try to replace everything (in fighting, those are the trainers who train the basest fundamentals and rely on conditioning for their fighters to win sans teaching fight-camp specific tactics).  I reserve the idea that even decent doctors and lawyers are just as fallible.  It’s all for the simple fact that most of any of these people do what they do because it “fell on their lap,” “they grew up doing it” and “it’s all they know.”  Or they may have labored themselves into picking a profession that best suited their inclinations, be it in giftedness or preference.  But how much joy does the average accountant get from doing his job just because he liked to “crunch numbers” or “was good at math”?  The great professionals, the few and far between gems, the ones who can accurately be described with all the clichés of career happiness each have the rarest quality: passion to the extent that they would not just do it for free, but they would really want to.  That is usually because they themselves have something special to offer and are important in the whole pursuit.

When it comes to great fight trainers, this is the heartiest and most essential characteristic because training fighters is akin to parenting or joining a missionary. I consider training to be like spreading Gospel in many ways, like many other forms of teaching.  When you care for an art, you want to pass it on to everyone.  And when you care about anything so extensively, you will be anal-retentive in dealing with it.  Greatness remains to be so rare, so let’s get back to the focus of finding something as close to it as possible.

So the last thing any worthy trainer has is a possessed attention to detail.  He should talk fighting for hours.  Defense, counters, what if’s, how’s, and why’s should all be addressed.  He should want to call and check up on his fighters – even his worst ones.  He should find time to review fight tapes for hours to fix kinks in someone’s game.  He should put extra hours in to study and increase his own knowledge, even in the peripheral aspects of his art.  He should do everything to help his trainees reach their goals.  One trainer I knew from Brooklyn used to train one of his white collar fighters for free in exchange for that fighter tutoring a young kid who was hurting in school.  That’s the sacrifice that a good trainer should make, and it shouldn’t feel so much like sacrifice.

As the quest to find a trainer worth his salt, or worth your dollar, continues, just remember that money does not imply quality.  Look at so many fine school teachers who do so much for kids – as the saying goes “they didn’t become teachers for the money.”  And the same way you would be hard-pressed to find any mechanic who has a deep desire to uphold the art of maintaining and fixing all cars, you’ll probably have difficulty finding a fight trainer who cares for the art so much that he duly cares about any person he’s helping perform that art, and vice versa.  The mechanic might be great with his own car, but how is he with a stranger’s car?  And did he build the engine himself? Maybe we’re really looking for the engineer?

I’m trying to engineer a jab as we speak.

*If you are acquainted to the training process, you may have a more difficult time discerning who has the knowledge of fighting and the ability to dynamically approach fighters’ educations. This is because so many trainers have such a simplistic idea of what happens in a fight.  The common exceptions are traditional martial arts guys who often have over-complicated, impractical, and untested systems that take an inefficient time for anyone to be minimally useful in. Jiu-jitsu men and Judo men may be at the opposite end of that spectrum, as they tend to be entrenched in the nuances that make those arts so effective.  But stand-up fighting, and mma, is a whole different beast that needs a special knowledge and savvy on the part of trainers.  Boxing, which can be the simplest of martial arts, is arguably the most strategically intense and the most difficult fighting ability. Trainers of stand-up should have an intimate understanding that boxing is not about brawn. It is a skilled science that most trainers underestimate.

One Reply to “What Makes Some Trainers Great”

One Reply to “What Makes Some Trainers Great”