Home » To Privately Train or Not To

To Privately Train or Not To 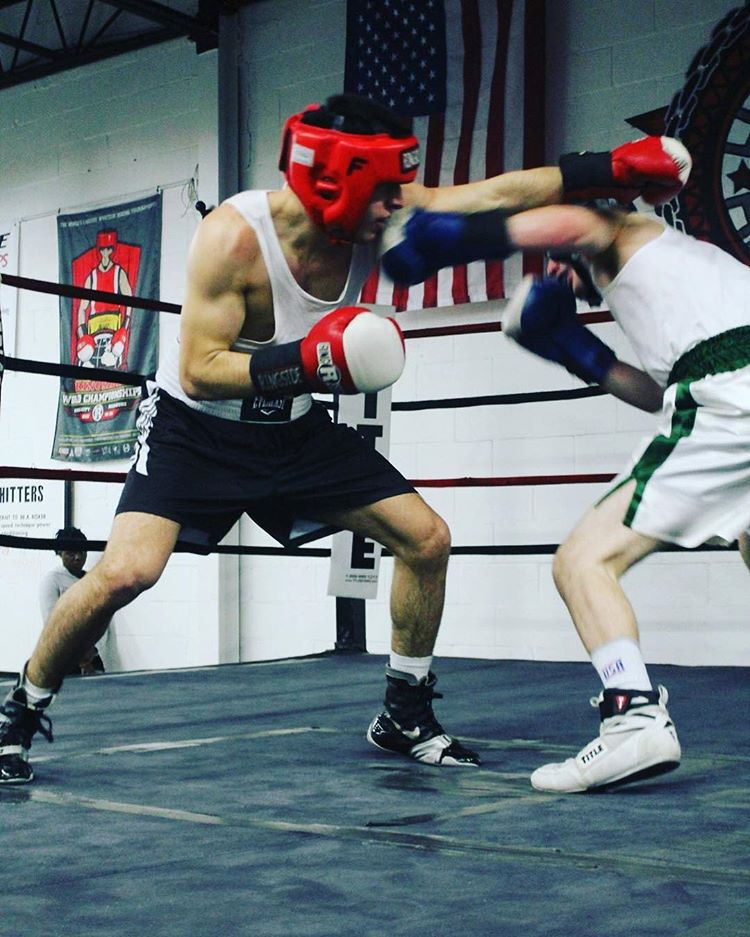 There are two predominant kinds of people who train: the ones whose chief goal is to perform better and the ones whose chief goal is to be taught more. That was a difficult differentiation to make, but it is precisely designated, and I promise to explain.  Of course, there is an amalgam of sub-categories, but everybody falls under one.  Instinctively, I’d say there are two kinds of trainees: people who can follow directions and train alone versus people who need someone to hold their hands in order to train at all.  That is, however, a little harsh and unfair.

As a coach/trainer, I am adamant that I am NOT a personal trainer nor do I ever choose to do it with any client. I don’t choose to teach people how to have work-outs. It is simply not how fighters are made or how fighters get better.  But human nature will easily be tricked into thinking that they are getting more out of an hour in which they are spending more money and in which they are being told more by a superior.  Trainers are 9 a dime who understand and exploit this – and they probably don’t even know it.  They are the ones who understand business and customer service as they do hour sessions.  Heartlessly, I say.

The type of training I speak about are the ones in which you hear cheerleading and big-brother encouragement as the trainers don’t actually fine-tune; the trainers are usually filling-up 40+ minutes of fun mittwork routines, a bunch of exercises a fighter would do alone, and some strategies that a trainee isn’t even ready for. Some trainers make work-outs elaborately paced and exciting and different – these are by far the biggest red flags screaming: “Not for any real fighter.” These trainers can tell you how good you’re doing, but they probably don’t make any of the fundamental corrections, even over time, for a trainee to ever do those things correctly.  Clients who want to go through those boxer motions are perfect candidates for one to one training because they’re being taught more, even if they may not learn or absorb anything at all.  I’ve even witnessed boxers with some bad habits run through long ring-work sessions, going over different moves and set-ups while they didn’t know how to close distance correctly.  Anyone involved in this game has seen horrendously formed boxers throw 10-punch combinations while being praised for doing nothing fundamentally correct.  It’s ubiquitous. In my opinion, it’s a sales tactic to make the fighter think he’s getting more with this coach than he may get somewhere else.  I’d tell the kids mentioned above to work footwork in two directions and not punch for three weeks, but that’s just me.  This may hurt clients’ feelings in my own gym, but this designation of trainee make for the worst fighters who have the slowest learning curves (but they continue to make the choice, even though my coaches are capable of much more with their time.  I must also add that the false praise and elaborate beginner-ring-work is non-existent in my club).  They come in for three hours a week with a coach, and that’s it.  They get the training, but in these situations the customer is almost always wrong.

The type of trainee that I love to see and work with are the ones with single-minded goals (because they probably already lost weight or will do it alone) to perform better. These are sport-minded people, the real fighters who aim to make changes.  They may choose some private coaching to supplement their core work.  They don’t care about how a coach says things or how many hoops a coach jumps with them.  Fighters only care about getting better, and they know the only way to truly make progress is to do the same things for numerous hours at a time, in sequence, with resolve.  It is a blessing working with fighters, because they know the process. They know that an hour of fabulous mitts or reviews on different styles do nothing until the most minor steps are made perfect, step by step. In essence, the most efficient hour with a coach would often resemble the most efficient hour of training solo.  That is, unless trainees are just cataloguing notes during an hour clinic (like a lecture), as opposed to an hour one to one training session.

Open coaching is how boxers fine-tune. It is just how any team sport works; a bunch of individuals scrimmage or do drills while coaches look at all the individuals and the sub-strategies.  It’s up to the players to follow the directions and practice.  In boxing, fighters come to their club to work their individual programs while a coach oversees, gives tips, and makes corrections.  Sometimes, individual players need/want  special attention when they’re having difficulties.  And that’s when boxers seek more than just mittwork.

I’ve worked the best one to one sessions with professionals and seasoned boxers (not novices).  None were work-out based.  Some, I’d go over a move, and they’d practice it for the whole session with a lot of dialogue.  Some, I’d be asked to just observe for an hour and spot corrections.  Of course, there were some who just wanted a random switch-up of pad-work once in a while (and they’d be willing to spend their educated money).

At any rate, a full hour private one to one session is usually a waste of time unless the boxer is completely dedicated to overall performance, not just how much stuff was gone over or how much was taught in an hour. Because I can assure you that I’ve taught much, much more in given hours to insufficient trainees and I’ve “instilled” even more in given hours to fine boxers who did the work whether they liked it or did not.  Learning boxing, unlike many other pursuits, is a process of learning literally one thing at a time.

So when you are deciding on getting private boxing training or not, first come to realization on what kind of one to one coaching you are searching for. And understand that the two types are mutually exclusive:  By the end of one hour, do you want to perform better or to have been taught more?

Ultimately, if you’re looking for one to one training, I’m afraid that you’re probably just looking for a shortcut or some filler time.

One Reply to “To Privately Train or Not To”

One Reply to “To Privately Train or Not To”