Home » To Be a Champion

To Be a Champion 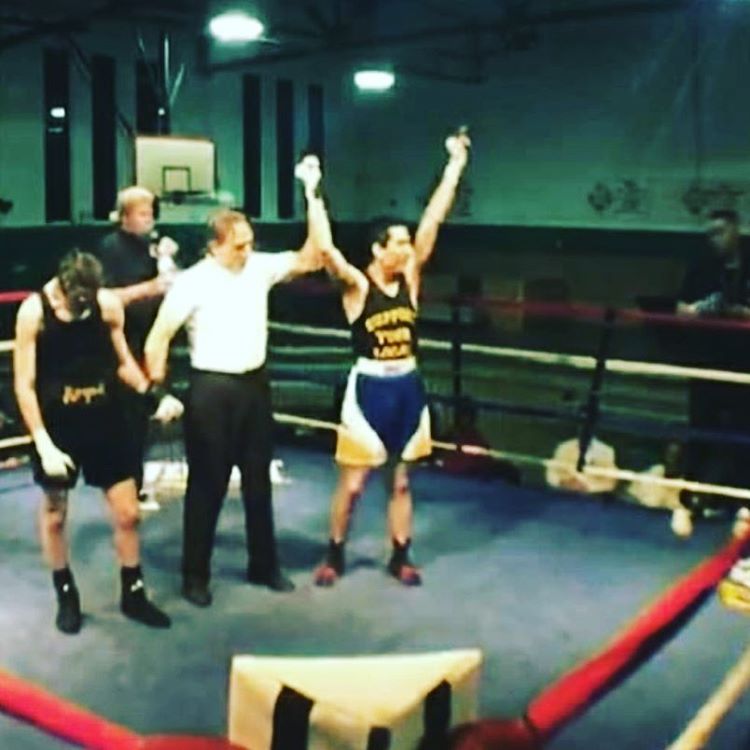 I got beat up.

I loved this game.

But I was beat. The coaches couldn’t see my dedication? What was going on? I was Ali. I was Lamotta. I was Tyson. Sweet Pea. I coulda’ been somebody. Before I hopped on to another gym, I looked at all the coaches and wondered if they could ever understand…

That was circa 1994. Now I’m running a small business, a gym borrowing from the process of life. Being lost, losing, working, triumphing. And I’m seeing kids with talent. Some are athletic and can’t listen a lick. Some remind me of why I fell in love with boxing. Some are born under the bullshit of circumstance. Because I don’t give a notion of a fuck if they’re poor or if they have some other handicap on their shoulders. I believe that overachievers win over underachievers 99.99% of the time. And it’s a state of mind, it’s not circumstance.

A few times a day guys walk in my club and proclaim that they’re going to be world champions but don’t even know the beginning process. How do I train? How do I get prepared to spar? How do I get a fight? What weight will I fight at? I know right away that they’re dogs that will eventually need to be put to sleep. Be it time or the lies of circumstance that sound their flat line. They’re not calculating like swift fighters. They’re under-valuing the difficulty. Or they’re projecting their insecurities, lying to me not knowing that they’ve said the wrong thing on what is, essentially, an interview. Yet they still get the job – at the back of a line led by quiet, unassuming murderers who will never squeal a word. Those murderers might end up as accountants or janitors, but they won’t end up as liars. Everybody learns something.

The training in this game is a job. It’s seems perfect when you love it. But how you train when you love it no longer is where the perfect beauty comes out? When you need motivation, can you do without it? As a contender can you be by yourself running through a program/routine as you were as a rank amateur, working harder than anyone you’ve ever seen? Can you follow a correction to break a habit built over years of training? Can you do the hardcore conditioning without a team or without affording a conditioning coach to pay by the hour? The real workers, the ones with hearts of champions, continue to work harder than the next guy in the gym. The real ones with champion hearts do all the work when they hate it, and that’s when they realize that they are really made to see this through. Other guys lose, or what they consider losing, in sparring, and they leave. Other guys lose fights, and they leave. Other guys lose the love, and they leave. They lose something and look outside themselves to get it back, but that’s a fallacy. The point is that you set a goal; you better friggin’ “see it through” whatever it may be. Seeing it through to failure is noble; quitting is never noble.

What it takes to become a champion of the world is something twenty-plus years in boxing doesn’t even teach. But I know it’s more impressive to me than any Ivy League Doctorate with a 4.0 average. It’s improbable and it doesn’t involve even an atom of luck. I indulge in a note that I’ve shared rings and heavy-bags with world-champions. I also believed I was just like them. I thought I was robbed of opportunities they got, and it took a gut and a bad back, years later, to convince me that I was just a moron.

Maybe those coaches watching me train as a kid understood that I couldn’t be nobody, anybody.  ‘Irony is that it was always up to me.

I’m standing here with a bloody stopwatch of hope and I know I look beat. But I’m no longer a liar, and I never, never stopped loving boxing.  Plus, I think a champion is in my gym and I want him to find himself.  As I did.

2 Replies to “To Be a Champion”

2 Replies to “To Be a Champion”