Home » The State of the Art of Boxing

The State of the Art of Boxing 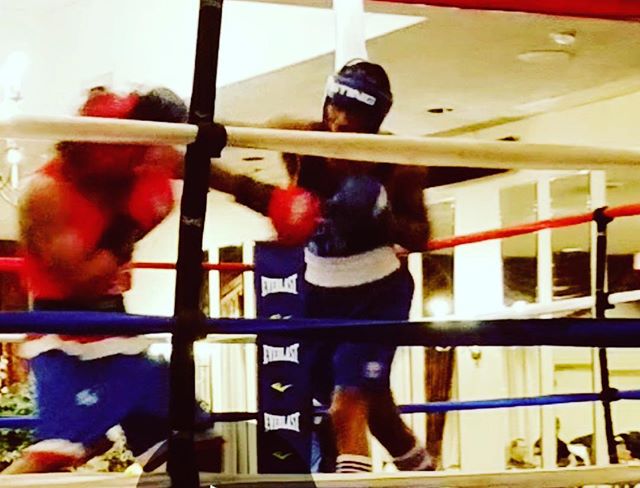 The apogee of boxing has always been about 10 to 15 people in the history of boxing out of hundreds of thousands of boxers. After those 15 or so fighters, we have countless generations of intermediate and inferior boxers.  Of the 10 to 15 men who exuded the major fundamentals of boxing, have you seen them get hit doing things de facto dumb?  Looking back at some of those 15 people, why do you think they got hit so much?  Do you think they should have or could have avoided being hit as much as they did?

The practical problem is that boxing is entertainment and boxing at its pinnacle, by conventional definition, the art of hitting and not being hit, is not a violent and exciting rumble. Boxing at it’s very best, in any generation, is akin to Mayweather v. Pacquiao I.  Boxing at its best, is loathsome to most spectators.  The ubiquitous dueling of fighters going blow for blow– albeit all heart – is what we all remember.  It’s why Gatti-Ward gets more credit than any Mayweather fight for being considered a great fight.

5 of the most popular fights in history were all wars. These are widely considered the “greatest”: Hagler-Hearns, Diego Corrales-Jose Castillo, Dempsey-Firpo, Pryor-Arguello, and of course Ali-Frazier III.  It’s noted that these fights each exhibited the best part of a fighter – his will.  Will versus will is a recipe for drama like nothing else.  None of the greatest fights, however, exhibited genius.  Genius vs. genius presents us something else that maybe only a jaded boxing coach could respect.  There’s some thinking and minimal intelligence in the bouts above (early, perhaps, before dulled fracas), but it cannot be argued that there was genius displayed in any of these greatest fights of all time.  Intelligence in boxing is a factor that is displayed before the deepest parts of “will” can manifest.  Genius, therefore, the most sustainable factor if present, must only be displayed in boxing when will does not come into play.  My point is that the art of boxing has a paradox that most people seem to not care about; that is, greatness in the world of boxing does not care about genius at all, rather the will of the man is what people adore.

This is what undermines boxing as a whole, because what exists of boxing (the fights themselves) is simply not as impeccable as the science and theory intends. Obviously, as a coach, I care deeply about the will of my fighters, because without it, they would not make it far in boxing.  The will embodies “the fight.”  The culture of boxing is dead without it.  But acumen is absolutely what the art of boxing is about.

As an active member of amateur boxing in the US, I see terrible skills on a monthly basis, across the country, and in all major tournaments. Open and pro boxers have come to me not knowing how to block right hands “because they know how to slip.”  Accomplished fighters I’ve known had not a semblance of the function of basic mechanics – why do we pivot, why do we turn our hands over, why do we step before we slide, etc.  At an AIBA 1-Star coaching certification class, an ex-olympian couldn’t give two examples of how to not get hit with a right hand to the body.  I can offer dozens of anecdotal references to how uneducated and un-studied boxing people are.  The negligence is a common cross-section of boxing, and I’m sorry, not anomalies.  The people who are full of shit roar in boxing.

Boxing people can give great quotes about how boxing is a sweet science. They can do fancy mitt routines and repeat  some hackneyed instructions.  But a lot of the successful boxers who grow up in this culture tend to just punch well.  They shoeshine on a whim and seem to have go to moves that they execute like they “count to three and go on three.”  Some of the highest ranked fighters get hit during every combination and just try to race and outgun opponents.  I’ve seen little pee-wee’s beating each other’s brains in, perhaps because they will learn defense if they don’t bleed on their brains first.  The art of counter-punching is limited to shoulder-rolls and lean-backs because they are in style due to the follower nature of people (that is all they got from Mayweather’s genius).  For each of the Andre Wards, Bernard Hopkins, Floyd Mayweathers, Guillermo Rigondeaux’s, and Vasyl Lomachenkos, there are 30 contenders with all the talent in the world and none of the info.  There are countless numbers more of boxers without any talent whatsoever.

I never claim to say I have all the info, but at least I implore fundamentals, and I’m not going to stand idle while my fighters prepare to slur their speech.