The Problem with Bruce Lee’s JKD 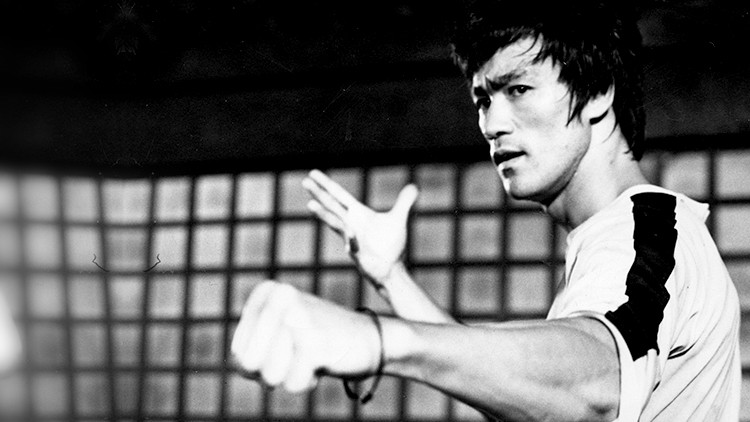 From a basic philosophical perspective of education and information, I have always believed in questioning, testing, and testing some more. Now, as an experienced coach, I impel everyone to question what I say and test it. Bruce Lee was my earliest martial arts idol. He had moves with an aesthetic outdoing my sensei and smoother than other karate or kung fu men on Saturday mornings. Bruce Lee almost singlehandedly inspired me to learn boxing and supplement my experience with various styles of martial arts. I have grown to learn how Bruce Lee lent martial arts, on a grand scale, so many invaluable concepts that have helped the evolution of fighting.

My query on JKD is about what it inspires besides boxers to learn different defenses or Greco-Roman grapplers to learn Thai kicks or any other melding of styles. Does it cause a delusion of the artist? Is there a hero-worship that transcends the simple purpose of JKD? When has Bruce Lee ever proved that he existed as an “ultimate,” be-all and end-all of fighters? Hypothetically speaking, if Bruce Lee wanted to be worshipped or even if he wanted his disciples to blindly follow him through the wrong path, should they? Does one grievous Bruce Lee mistake mean uncorrectable, perpetual doom for its new practitioners? Was Bruce Lee’s death the most regressive thing for JKD, causing people to deify him rather than improve upon the gift he gave all of martial arts?

After reading – for the third time in the last 15 years – the Tao of Jeet Kune Do, I was again convinced that Lee was a genius, a legend before his time, indeed. He theoretically understood combat like Cus D’Amato understood boxing combat. He carefully detailed almost everything he had believed, his truths about the art of fighting. Of course, so many of his moves correspond with what we, in today’s fighting world, consider practical.

I notice too many JKD men, however, making the primary faux pas of not questioning. Bruce Lee did Wing Chun Gung-Fu, some western boxing, and Muay Thai, so JKD men believe they should do exactly those. Dan Inosanto, the top JKD man under Lee, incorporated Filipino martial arts, so the flock followed suit. It seems that every JKD man makes this his “way.” JKD guys even go to the extent to say, “ ‘We’ do martial arts [this] way, as opposed to [that] way.” With wide scale questioning – real, genuine inquiry and skepticism – individuals grow and come to find truths that can be so specific to each of the persons. And questioning could only strengthen the concept of JKD.

Bruce Lee regrets naming JKD, so why don’t JKD men absorb this idea: Giving it a concrete property, even in a name, takes away from its proposed water-like property. Being “like water, my friend” becomes mere rhetoric. If one JKD man speculates about his art, he will find answers and for all intents and purposes, he will test it. The JKD school half-testing techniques with assortments of drills only lends to a myth of JKD. When I was 16, JKD was my passion, and I practiced it everyday in my brother’s backyard sessions. But we were bamboozled in many ways; we wore too much gear and we choreograph-role-played too much. We pondered over the straight blast to how to properly perform a stop-kick. Some argued that a straight blast should be softer and made to stun the opponent. Others in our group wanted to swing harder and freer. Some guys wanted to cock the stop-kick for more force. Others wanted to just stop the opponent’s forward movement. We would copy the reference point square-off from Enter the Dragon and Pak Sao to one backfist. We were brainwashed to think one measly backfist predicted a fight’s outcome. Sometimes we would train a sequence of moves and finish it with the first damn strike. The moves lend the subconscious notion that one strike was the science to win a fight. JKD books even illustrate moves to set up these quasi-jabs or backfists. Where was the science of exchanges and reactions to the impact of power punches, set-ups, and boxing traps? Where was the pain factor? We all were so infatuated with finding one truth that we disregarded each other’s truths. We disregarded the whole idea of JKD; if we follow it, we miss it. It was just a concept and we ran with it to the point of killing it. The training was all-in-all worthwhile to a certain extent, but for all the hits we took and time wasted, we didn’t truly test the techniques with the ONLY thing that works, free fighting.

“Formlessness”… “No style as style”… “No way as way”…”Simple movements”… “Non-classical.” It sounds like some high-handed mumbo-jumbo, especially when Lee said what he does is a style. “There is no mystery to my style.” Well of course it is, it’s not a spirit or energy; it is as tangible as words on paper. Hence, it is “style.” JKD men seem to take some of Lee’s philosophies too literally except for the part of JKD that implores people not to follow it. It reminds me of Eddie Murphy in Coming to America when his bride will do anything he wishes except for when he wishes that she would do the opposite of what he wishes. JKD men think they can take whatever they want and throw out anything they don’t want from martial arts. That is naïve, even ignorant. I’ve met JKD men who think they can box for 3 months, do Muay Thai for 4, and play with Escrima sticks before bed without any true sacrifice and commitment to any single art and think they are efficient JKD practitioners. They wrongly assume they can borrow tidbits from arts without thoroughly consuming themselves in one art for many years. This is the current problem with MMA – they have “jack-asses of all trades, masters of jack-asses.” It pains me to watch some JKD men who fancy themselves as martial artists who know boxing. Much of the time, they have dumpy footwork but they could do the little butterfly shuffle from Return of the Dragon. They could snap a backfist, but do they understand a semblance of the science of boxing – an art that has been tested over and over again and continually evolves? How about the popular Brazilian Jujitsu? I challenge anyone to find a JKD school that exhibits proper technique in the fundamentals of boxing or Muay Thai, in which a seasoned western boxer or Thai boxer can witness a JKD school coaching and not say facetiously, “You gotta be kidding me…” JKD is almost irrevocably watered down martial arts with an assortment of flawed fundamentals. Too many of these guys pass as hacks deluded by blind dedication to an antiquated JKD. But, perhaps, the best JKD men (perhaps Eric Paulson and Burton Richardson, I wonder) have moved on and do not affiliate themselves with the eternalized cult that has become of JKD today.

There is a spiritual characteristic to JKD causing us to romanticize it. JKD practitioners sometimes delude themselves with a competitive nature that seems to rank “who is most like Bruce Lee.” There is no solid fight footage, so the myth is exacerbated by the movie fight scenes that we like to imagine were reenactments of real Bruce Lee fights. JKD men cling to every recorded word like the Branch Dravidians did to David Koresh. A JKD man may dispute the David Koresh example, saying, “more like Jesus.” Haha, it’s what I’m saying exactly. But is JKD “so lethal that we can’t practice it like sport?” That is such an easy cop out of a claim, but kicking groins, biting limbs, and the death touch are not the only things I ask to be tested. The one-to-three inch punch, for one, I’d like to be examined. Anyone with a boxer’s jab can pretty much answer the one-incher claim with a sarcastic “Big f-ing deal.” It is simply a display of moving one’s hips and generating short power. Still, when I first slow-motioned Bruce Lee doing it one of the many times, I felt embarrassed for him after noticing… Lee actually pulled back about 3 or 4 inches. See for yourself. Many probably won’t, because it’s so much cooler to believe the hype. Still, I would have been more impressed if he exhibited a top boxer’s power or speed in a full punch, rather than what seemed like super power in showbiz thaumaturgy. If he could hit as hard as a top boxer from 1 inch away, how would he fare from a full punch’s distance? Lee criticized katas, but held his own exhibitions of indulgence. He even broke boards though he was known to say, “The board doesn’t hit back.”

It is my humble opinion that JKD should be, as it was meant to be, a vehicle “to be discarded.” JKD guys, as they proudly seem to call themselves, “just don’t get it.” They mimic “stylelessness” and cling to every contradiction. I wonder, is Floyd Mayweather more JKD man than Sifu is? Was Cus D’Amato a teacher of an unwritten JKD?

I am not questioning JKD ad hominem. Contrarily, I am supporting what JKD stands for despite the historical myth of Bruce Lee. I believe Bruce Lee to have been the greatest martial artist to have ever been known. But I doubt that he was as good of a fighter. I look at Bruce Lee as being akin to a Malcolm X; he always meant well, but made a mistake, then he tried to rescind on that mistake, unsuccessfully. Many people of this ‘occult’ still believe the mistake, and no one can ever take it back. They believe they should dance like Bruce Lee and that they all, seemingly without exception, should put their strong side first. But Lee was explicit in letting everyone know that his way would not necessarily be anyone else’s way.

Why couldn’t he just have named it MMA? Instead, he accommodated each worshipper to hop on one leg and bark like a dog?

“I have not invented a “new style,” composite, modified or otherwise that is set within distinct form as apart from “this” method or “that” method. On the contrary, I hope to free my followers from clinging to styles, patterns, or molds. Remember that Jeet Kune Do is merely a name used, a mirror in which to see “ourselves”. . . Jeet Kune Do is not an organized institution that one can be a member of. Either you understand or you don’t, and that is that. There is no mystery about my style. My movements are simple, direct and non-classical. The extraordinary part of it lies in its simplicity. Every movement in Jeet Kune-Do is being so of itself. There is nothing artificial about it. I always believe that the easy way is the right way. Jeet Kune-Do is simply the direct expression of one’s feelings with the minimum of movements and energy. The closer to the true way of Kung Fu, the less wastage of expression there is. Finally, a Jeet Kune Do man who says Jeet Kune Do is exclusively Jeet Kune Do is simply not with it. He is still hung up on his self-closing resistance, in this case anchored down to reactionary pattern, and naturally is still bound by another modified pattern and can move within its limits. He has not digested the simple fact that truth exists outside all molds; pattern and awareness is never exclusive. Again let me remind you Jeet Kune Do is just a name used, a boat to get one across, and once across it is to be discarded and not to be carried on one’s back.”
– Bruce Lee

12 Replies to “The Problem with Bruce Lee’s JKD”

12 Replies to “The Problem with Bruce Lee’s JKD”