Home » The Pinnacle of Illegitimate—MMA 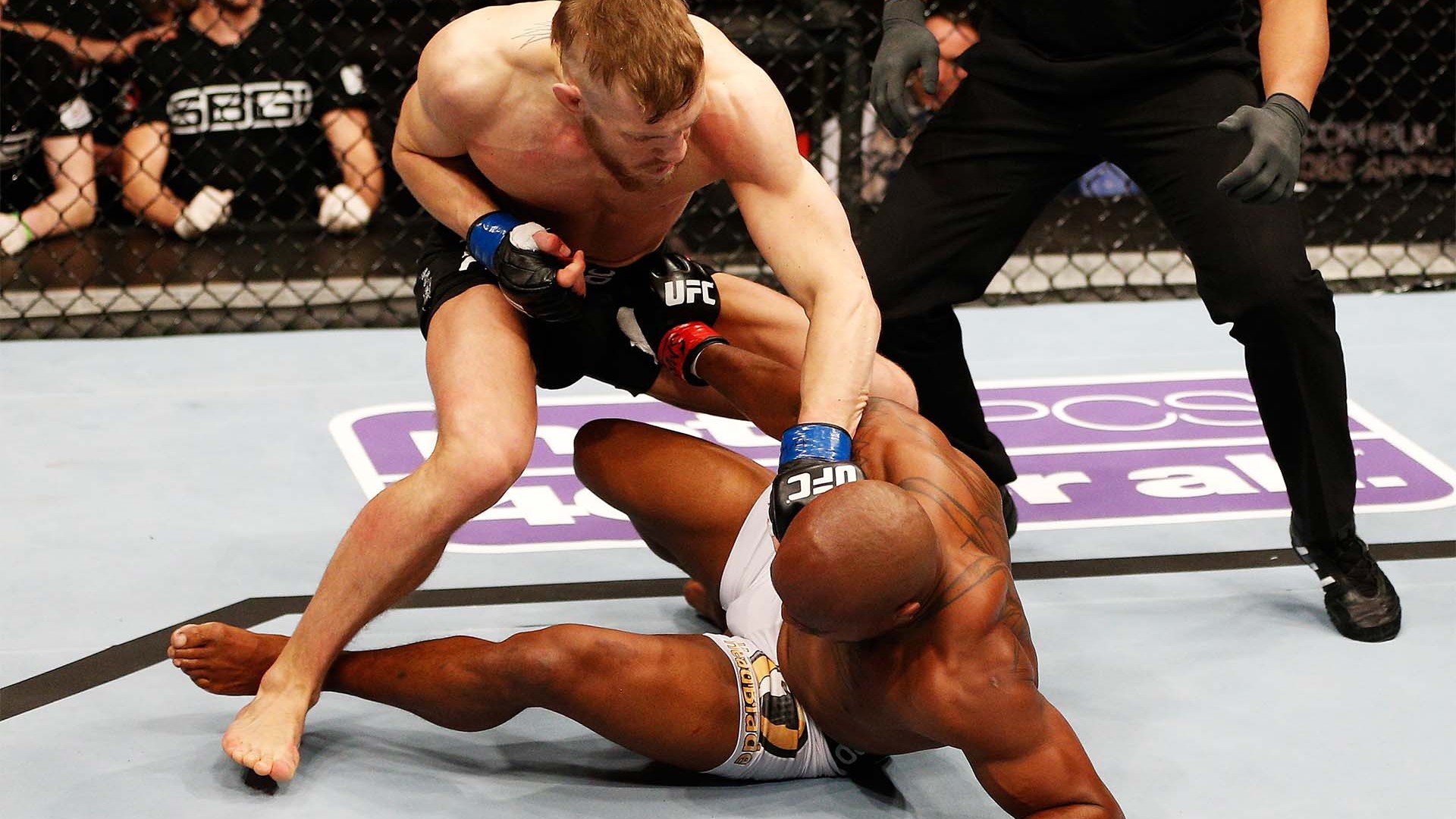 Last night’s Brock Lesnar v. Randy Couture Championship match-up exhibited how unrefined mma is even at the elite level the UFC sells itself as.

Can you imagine any other established sport in which a guy without vast competitive experience in a given sport can encroach his way onto the professional prize competitive field and actually perform well?

It should not be so appalling to the mma purists that Lesnar was able to get a shot at fighting Couture. That is not the point. If it were an exhibition or a gym fight, an mma purist should not be mad that the trainers are allowing the guys to spar (this happens all the time), but he should feel betrayed by his Hall-of-Fame-guy not living up to a minimal standard: being able to dominate anyone not in the top, let’s say, 20. And if you want to tell me that a top 20 fighter can have fewer than twenty fights, son, that’s mathematically impossible.

Randy Couture is truly more “natural” than “sophisticated” in his ring generalship and all of his fighting endeavors. The hall-of-fame status is laughable for anyone, but “better” suited for Anderson Silva or GSP. Don’t blame Couture for fighting so poorly, but criticize the fact that mma is not old enough. There is no definitive system of moving up ranks. There is no commission to set standards. Ultimately, there is no history. Couture had 16 wins out of 25 fights going into the Lesnar fight and he was already in the UFC Hall of Fame!

Couture was the standard in mma, and Lesnar was 2-1 in mma. It could be argued that Couture v. Lesnar was basically two proven wrestlers fighting in the UFC, but this supports the argument about its illegitimacy. The point of mma is to be a well rounded fighter. This fight gives a false impression about the qualities of mma, but mma should be better. In boxing, it is common knowledge that a fighter will not be considered great unless he has at least 30 to 35 wins at a minimum 98% success rate in his prime (and 20% of his opponents must have had generally the same success)—under the Marquess of Queensberry rules, not part Muay Thai or Savate or K1.

The cliché goes, “anyone can win on any given night in mma.” It is as accurate as it is disturbing. The sport of mma has too much competition with no filters. The fighters don’t have to be great in today’s mma. It has not evolved enough that anyone must be “the cream” in every aspect, and it may never happen. The bums are not weeded out by a grueling process of consistent performance in its own sport. Two months from now, a 6 and 1 Thai boxer at 285lbs. with a superb left Thai kick and no other skills might take out someone and get a shot at Lesnar. The skills are not there yet for mma to self govern. There is nobody at any size who could come from outside of boxing to compete with Wladimir Klitschko, even with his weak chin—and he is not even considered an all-time great yet. Conversely, any Joe Shmoe could try out for the Ultimate Fighter, make it on the show with a lie and good interview smile, win three fights to make it to the finals, and he’ll be a contender on the ultimate stage of mma, the UFC.

My question is whether mma itself is just a free-for-all as we know it—too many skill-sets and no mastery establishing how good fighters are—or is mma simply not arduous enough that all the chumps of the world take up field hockey?

In mma, they say there are no lucky punches. If they don’t acknowledge a lucky punch, I’m afraid that means they’ll never know the fluke that is becoming mma.

*and whether mma becomes the great sport of the world or if it descends into oblivion, 30 years from now we will look back at the UFC now and say, “Those guys couldn’t fight a lick.”

0 Replies to “The Pinnacle of Illegitimate—MMA”

0 Replies to “The Pinnacle of Illegitimate—MMA”