Home » The Jab vs. The Straight Lead of JKD

The Jab vs. The Straight Lead of JKD 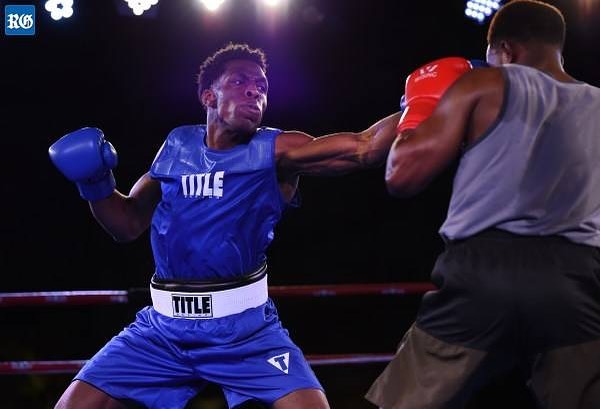 Having just read The Straight Lead by Teri Tom, I was compelled to write about “The Boxing Jab.”  The straight lead works as a more powerful jab than the boxing jab, and it indeed has more reach than the classic boxing jab.  The problem is that the straight lead serves no additional function from a ‘regular jab’ than to make up for its lack of power in the wrist (as the straight lead’s form is to not turn the wrist) with explosive hip rotation.  JKD people tend to overstate the effectiveness of hip rotation in the jab, simultaneously underestimating the effectiveness of shifting weight and the dynamics of not rotating the hip with the jab.

The boxing jab serves as a tool for measuring distance and for setting-up an opponent.  The boxing jab, too, has numerous contact spots (aka pop spots, meaning the point of snap (this is discussed in other articles on Shootafairone.com), as a fighter has the luxury to jab shooting his hip with various torques.  This is a bad habit, however, for an educated fighter, because he is giving away positioning and taking his 2 farther from his opponent.  Also, when a fighter shoots his hip for a jab, it’s wasted energy, as it complicates such a simple weapon.  If a fighter can be successful throwing a straight lead, I promise that it will only be situational and will not happen against a person with better attributes.  I, myself, used to train the straight lead and was effective with it when it was effective (I meant to state it that way), but I found that I was way out of position for intelligent onslaught after missing.  But as I always say, “test it.”

It’s just a jab, either way.  It’s likely not going to knock-out anyone worthy of fighting.  The reason jabs are so important and effective is that jabs can be thrown rapidly and at repetition without unwise commitment.

The biggest problem of JKD’s straight lead teachings is that the teachers often aren’t schooled, or simply don’t teach, the progression of functionality; in other words, they skip the education on all the functions of that lead hand.  One example is keeping that lead hand up as insurance for 2’s coming from the same stance (same lead).  Simply put, JKD men often complicate the functions of the lead hand.  This complication, or over-complication, coupled with trapping and kicking and groundwork, makes it a ridiculous testament to its absurdity.  I mean, a damn book on a single punch was written for an amalgam of students the world over who are at opposing ends of JKD practice, and from which the majority of the pool is no good.  My friend, Bryan Lamont, is a JKD coach – one of the few good ones – who criticizes the poor JKD concept guys as well as acknowledges that most traditional JKD guys as sloppy and “all over the place.”  He remains loyal to JKD, yet I see him stray as I think any good JKD man should.

The straight lead mumbo jumbo and the detailed stance to the deferential treatment of Bruce Lee’s “writings” are all akin to hero-worship and go against what I believe were Bruce Lee’s teachings which were to keep things simple and direct.  The Straight Lead, as every single JKD book I’ve ever come across, is all about teaching style cookie-cut to a whole flock.  When Tom “scientifically” talks about stance, she undermines the effectiveness of infinite stances.  Boxing coaching – like baseball batting coaching or any proven sport – is broken down into the most fundamentally simple functions, allowing for the individual to evolve from that foundation in a very personal way.  Muhammad Ali to Mike Tyson to Roy Jones Jr. to Floyd Mayweather Jr. got their styles from that foundation.  In JKD, Bruce Lee made a horrible mistake, as he himself prophesized, by setting specific “rules” or a “way” on style by detailing “his style.”  (*Aside:  Teaching such a linear stance will handicap some people from evolving and finding their own styles, as it is a more difficult way to learn how to shoot hips, weaving, slipping, offense, and moving in angles. This may be better explained in a different article, but I digress…)

Now, I am not against the straight lead, as it is called here.  Great boxers do it all the time.  Floyd Mayweather Jr. does it, but many boxing men call it an “up-jab.”  It’s a sneaky way to fit the punch between a opponent’s guard, and to find him from a greater distance.  Many boxers practice it as a sort of uppercut with the palm up and the punch rising under the chin from jab distance.  I always dismiss that stuff as signature stuff not to be taught on a greater scale.  Furthermore, it is important to know the most basic way of jabbing effectively before progressing into jabbing from different body angles, shooting the hips, and throwing the jab away from the face (aka “Lead hand no man’s land”).  Turning the fist and not the hips will provide for the best distance finder and the most practical use of energy.

Even if a well-schooled fighter throws a straight lead, he will not throw the straight lead from a high guard.  And well-schooled fighters sometimes have to have a high guard.  He may have to jab down and without turning his fist, he cannot produce the snap behind the shoulder; the vertical fist would have to be thrown with all the triceps muscle.  On a smaller note, a jab covers a little less area with the vertical fist and doesn’t cut someone as easily – this common boxer contention, however, is not the major reason turning the fist is better.  Additionally, a Floyd Mayweather Jr. shell stance is the best proven stance to throw the straight lead, but it’s important for fighters to get that chin behind that shoulder.  Mike Tyson did his version of the straight lead, but his speed advantage and his size made it necessary at times to turn his hip so explosively.  Punching up also naturally protects a fighter on that side, as the shoulder blocks the chin.

JKD practitioners such as Teri Tom discuss science behind punching, as I have in some earlier articles, and she and I are on par with the science.  Bruce Lee said “several inches and snap,” and I say “2-4 inches and snap,” but the difference is arbitrary.  But Tom discusses the Impulse-Theorem and retraction, to which I contend the reason turning the fist is better (again, see my other articles on the science of punching).  Take the hip out of the equation, and anyone will see a little more pop with the turning of the fist.

The Straight Lead is a great conversation starter, but it’s filled with misleading information and points that are amiss.  If Tom knows what she is talking about, the semantics can be challenged.  The cookie-cutter science may seem to simplify, but that’s a fallacy.  There is nothing simpler than custom skills and honest, uber-personal evolution while maintaining what this book complicates:  basics.

After all, it is just a jab.

I can hear it already… Straight Lead zombies swearing that it is much more elaborate than that.

6 Replies to “The Jab vs. The Straight Lead of JKD”

6 Replies to “The Jab vs. The Straight Lead of JKD”