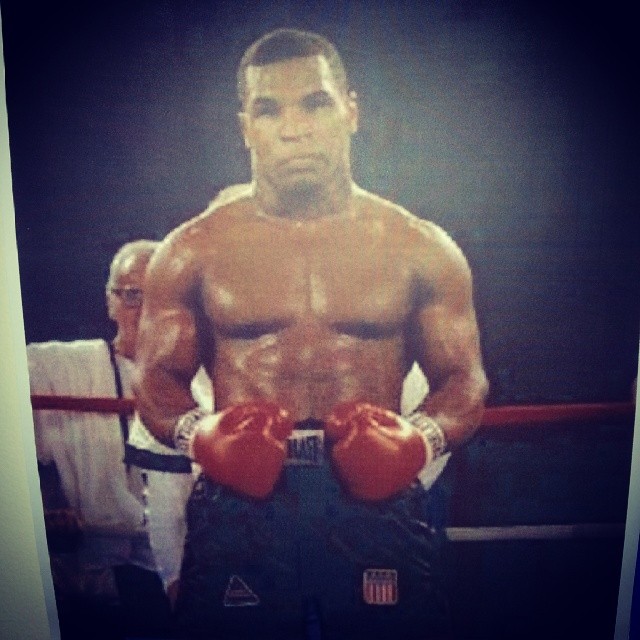 Arguably the most transcendental art ever to be. An evolving condition of conflict, not a discovery. Not made up. Simple, yet intricately methodical. Climactic.

Romantic things can be said about ‘the manly art’ – more so than any other art that challenges its bravado – but what ruins the spirit of anyone involved in boxing is what drives its profundity. It’s just so damn difficult.

Boxing will beat you down. The discipline, the demands, and the deprivation that makes fighters the best is not the life normal people choose. And for the small percentage of people who choose the life, the overwhelming majority of them end up realizing that they just might not have what it takes. Failure in boxing is more prevalent than in any other sport. Baseball has an argument for its difficulty with the statement that if you hit 30% of the time, you’re a really good performer. (I argue that the 70% success rate of the opposing pitcher makes him subpar, so that kind of kills that argument). In boxing, according to MotionFACT Statistics, most fighters land about 30% of punches, so they get hit 30% of the time too. That level of difficulty (frustration and damage) is objectively and subjectively hard to argue against.

The will of the boxer almost has to thrive from ignorance; a stubborn certainty that this is what the boxer wants to suffer through NO MATTER WHAT HAPPENS. Some boxers mistake this for a blind belief that they will be champions, or that they are the best. But when guys lie to themselves without any resume of validation, they crash. It happens at every level of boxing. Professionals are always making promises that they can’t secure. What happened to just promising that one will do his best? I am convinced that the greatest wills, the strongest minds, are the ones that accept the possibilities of tragedy. The best minds have plan B’s and plan C’s. So it’s counter-intuitive for any fighter to deny the possibilities of defeat. It’s bad business practice, it’s bad war practice, and it’s bad life practice. Imagine a top soldier in war being unprepared for losses of all sorts. So boxers must not lie away their insecurities either. Honesty beats doubt every time.

Boxing is not a game for the season. The trek to being at the pinnacle of the sport can be equivalent to the will of a Navy Seal – but boxing BUDS may last a career. I am adamant that boxers don’t have to be inculcated into the sport as small children, but every piece of discipline and persistence has to be in place. That means years of missed work has to be made up for with consistency and regimen. 1 hour of training 6 days a week for a year is better than 4 hours a day 3 times a week every other week. Sure, breaks are important and necessary, but boxing is a year-round pursuit.

As a coach who has been running a boxing club for over 5 years, I’ve had hundreds of boxers come and go, and a couple hundred of those gone had sworn to me that they were the genuine articles. Boxing is filled with analogies and cool quotes that depict the content of the sport, but besides the will and hard work that goes into it, it is more importantly a skill. It’s a fine skill, refined around natural gifts and the will. The study and refinement of the skills is just as demanding as the other aspects. Most people lose to this sport. The winners are the ones who don’t lie about what they want and what they plan to do, and they see it through.

“At some point in boxing you realize what your 100% is,” said Lee Terzakos, a young boxing coach whose dreams of being a boxing champion fell on bad knees. “And then you make a decision.” Good boxers come in with no egos. They listen to instructions and become consumed into the sport. They deprive themselves of the girls, the good food, and the partying. They ignore the haters and the doubters. They live every other day in pain. They build confidence. Ego comes knocking at their spirits. They win. They start to believe they can be the best in the world. Then they lose. They hit walls in skill-training. Doubt seeps in. Some guys blame everyone but themselves. Some guys become coaches. Some guys turn pro. Some guys find safe ways to quit. Some guys simply fight on. One guy might become a world champion.

But always remember that in all the greatness that may come at the end of the boxing road, humility thrusts itself upon everyone.

How do the delusions persist?