Home » The Fraudulence of Trainers and Some other Topics

The Fraudulence of Trainers and Some other Topics 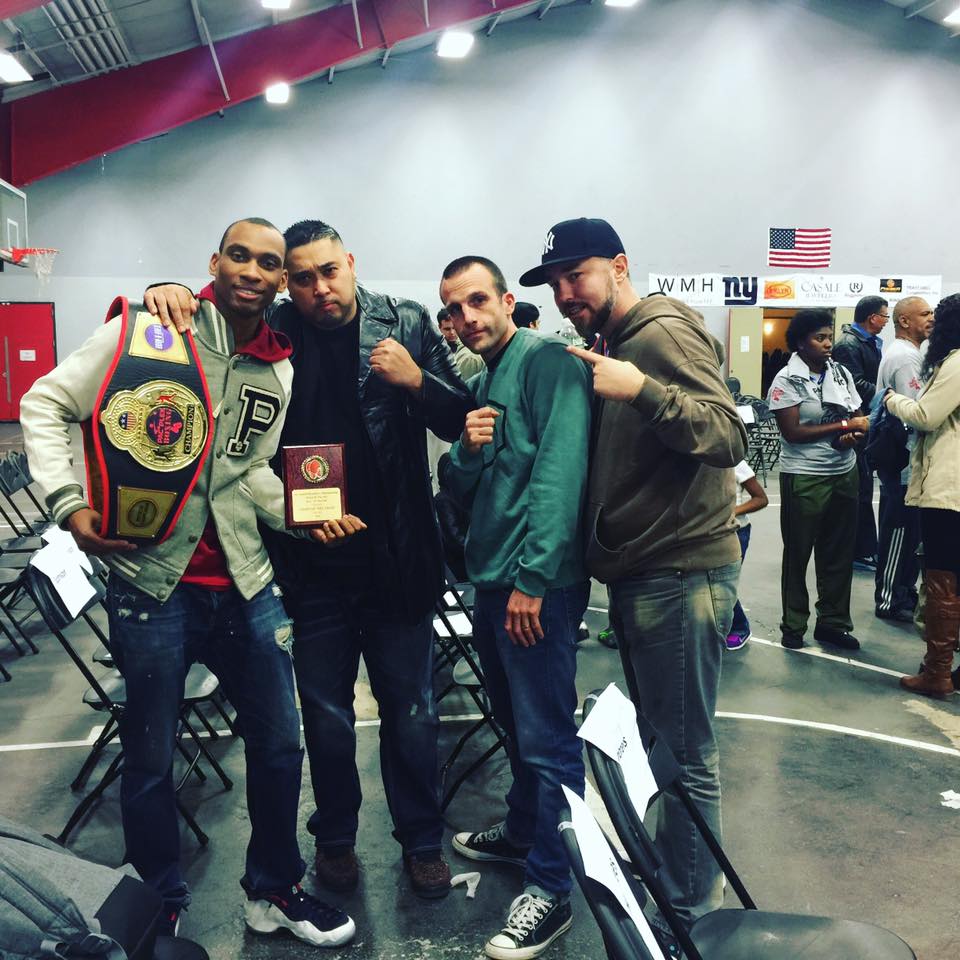 Boxing is filled with trainers who can throw mitts like Roger Mayweather or talk-up the basics of boxing. They may use the allure of an “advanced system” of fighting that has some fancy name or use the cheerleading tactic of praise to sell their products. Some of these guys try to reinvent the wheel with the promise that their students will have fun learning. Some posers name-drop famous names and pretentiously title their school or programs.

But boxing, like any good art, is like writing–no one is going to create the secret to taking everyone to the top.  There is no secret to being a good writer.  As there is no secret to being a good writing teacher or, sticking to the matter, a good boxing teacher.  A good teacher has his own ways of communicating established ideas – including methods of teaching – to help people make it to be their individual bests, but nothing will progress without practice and diligent work.  Diligent work on both the student’s and the teacher’s end.  That, coupled with talent, is what makes some people better than others.

I have created my own tricks to give my fighters an edge.  And I learned my trade from a very thick and educated tradition of New York City fight people. But I communicate to my fighters through the work they are willing to put out. In other words, although I never withhold information if it will not hurt an individual’s progress, I will not coach spinning off the ropes, for example, to someone who has not put in the work to step and slide in all 16 basic angles. The goal is to help someone improve as fast as possible. This is missed in a poser’s gym.

The poser coach has ulterior motives; usually it’s a blind pursuit for income.  They may use every scheme of the trade – claiming that the training is customized, that it’s fun, that you will be a competent fighter.  So how do you know who’s telling the truth?  Some guys sell their pedigree, or ‘lineage’ as in JKD.  Others sell their certifications and awards.  But the ONLY true indicator is the things that cannot be faked: work ethic.

A coach’s work ethic and dedication to his students is the ONLY thing that sets him apart, and the only way to gauge it is by assessing how much personal time that coach will spend with you.  However much he may know will never pass onto a student without him spending valuable hours with the student.  One may say that if a coach has a good work ethic it still may not mean he has the know-how.  But because work ethic cannot be faked, it’s a good gamble that the guy knows what he’s doing to some decent degree – unless he’s some whackadoo who belongs in Creedmoor Psychiatric Facility.  And if you question how a coach with a facility with 200 students can manage personally coaching, you don’t know how the most successful camps work – that coach will take on his guys and the rest have to either work their ways up or stick with another coach.  And what does each coach do with his students is the heart of the problem. Will he stay after a training session? Will he cut a session at the end time just because that’s what a student signed-up for – even if the coach doesn’t have any previous responsibility to tend to? Will he make his students clean up and do all the dirty work in the gym?  Does he walk into his office or train so much himself instead of studying and planning for his student?  Does he make his students hold mitts (if he does this in a small setting, I say it’s a red flag on top of a red flag)? I once said this to a group of old-timers at Utica BC in response to a younger kid saying that he’s the best at holding mitts, and I channeled a small applause from the group (I was only 19 years old): “Fighters don’t have time to hold mitts.  Show me a fighter who can hold mitts, and I’ll show you a fighter who can’t hit ‘em.”  It’s an art in itself, so how much more unmotivated to make his fighters better can a coach be?  And if a coach is one who just likes to show new moves and demonstrate how to do things, there will come a time when you question whether the guy just wants to show how good he still is rather than help his guys.  Does he care about the most important thing in this line of work?: making a student as good as he could be in regards to how much time the student himself puts in.

If you’ve been in a boxing gym, you may notice that you’re on your own.  If you’ve been in martial arts classes, the bane of all honest combative experiences, you may notice that you’re still…alone.  You miss a week, you’ve missed a whole technique.  You exchange with another guy who’s trying to figure out what the teacher was just saying.  The teacher makes it over to you once in a while, often missing you.  And if you think a given technique is impractical nonsense, there’s nothing you can do about it until the teacher reviews another technique.  And what about drilling last week’s move over and over, killing your body to get it correct?  Cancel that idea in most martial arts schools.

You may go to the gym and have an instructor who is superb at his art, but he is a cockamamie teacher (coach, Sensei, Sifu) without the methodology and ability to assess progress.  It is undeniably, exponentially easier to teach different moves every day than to invest in the technical aspect of “seeing something through.” Of course, ‘selling’ is an important factor to consider in your coach; coaches often unethically sell to you by offering different moves that you have fun going over on a weekly basis, and it’s always changing.  And they might tell you how great you are.  The best joke is them teaching you how to beat someone up or how to get knockouts – as though it’s that easy.  It’s all nonsense.  Truly good coaching takes tangible hard work and problem solving.  Even getting someone to jab properly can take weeks.  The coach watches and, here’s the kicker, coaches you as you practice, practice, and practice.  So how can you learn a different move every week and be any good?  Bruce Lee once said so accurately, “Do not fear the man who threw 1,000 kicks one time, fear the man who threw one kick 1000 times.”  Coaches who do the kind of things I mentioned above, always offering a new routine or new move, are taking shortcuts to nowhere.  Show this to them and see what their defense will be.  Predictably, they’ll probably agree and try to weasel out of it.

Sorry TMA and RPSD, but we have to go with proof, truth, if you will.  The best fighters are going to be the ones who do it the most.  And the ones who actually do it, almost exclusively, are the sport fighters.  People can talk about eye-gouging and biting and breaking bones all day long, and I love it, but the sport fighters can add that to what they do, too.  The difference is that they practice with fear, with honest movement, and non-choreographed pain.  The only exceptions are the guys who actually have gotten into self-defense encounters, not just street fights, on numerous occasions, and maybe cut a few people or poked some eyes.  I note that it has to be numerous, because once, even twice, proves that it ‘worked,’ not that it ‘works.’

On Weapons Training for the Street:

I just don’t buy it.  Sure it can work in many situations, but my personal take over a career is “why waste your time with weapons when you can pull out a Taser or a gun in those exact situations?”  If you’re worried about another person using a knife, just give up your wallet.  If my daughter was to be approached with a knife, I’d rather she 1. runs, or 2. acts really nice.  Even if she’s dealing with getting raped; I’d rather she live.  Moreover, it would probably pay off to take negotiation instruction than to worry yourself about how to disarm and use a weapon to any stealthy degree.  Other factors are that you can’t really practice it; you either wear crazy armor or you use fake weapons.  Yes, I do recommend a couple of classes – perhaps a couple seminars – but I recommend spending the greater part of a martial arts career doing the stuff that can happen in nightclubs, schools, social gatherings, or even at request of a fair fight, not dark alleys with nobody in sight but a guy with a knife.  Ask yourself this, “What real world encounter will it be best that I use this weapon?”  I bet you’ll be really bored, but you’ll start carrying a Taser.  Otherwise, have fun.