The Compu-Box Fallacy – the Numbers Just Don’t Add Up 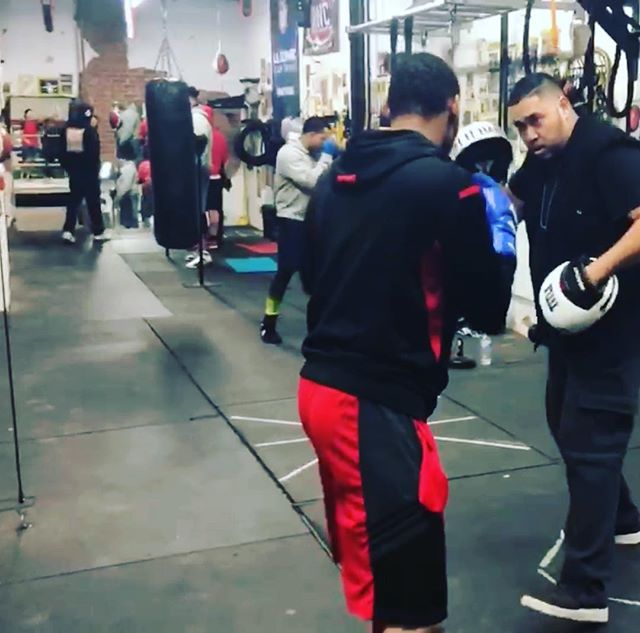 Fights have always been best judged the day after, when the viewer is poised to watch objectively and not get caught up in the hype. The hype, meaning everything from the crowd’s jeers, the commentators’ biases, the sound of punches landing on the gloves, to the noises that the boxers make, does not escape anyone. Even judges have to guess that a punch landed flush when a fighter’s back is turned to him. Not to mention, in order to score rounds—in one aspect—judges have to rule whether a fighter did more damage than the other fighter. Compu-Box, like Punchstat numbers or any of the popular statistic coverage on major fight networks, perpetuates these flaws of scoring fights, because people, not computers, are pressing buttons and tallying punches during the action of the fight.

I have taken it into my own hands to take punch-stats, and the results prove to be better than Compu-Box. The way I take stats, Motion-Count as I call it, is simple and, similar to Compu-Box, not very technologically advanced: Motion-Count is the method of carefully computing stats after replaying and analyzing all the action of a fight in regular speed and slow motion after the live action. I use the same standards that Compu-box uses for scoring the punches, but I have the tedious luxury to replay and analyze all the action of the fight. Compu-Box is still somewhat reliable in its data of punches thrown, but it sorely misinforms the public in punches landed. Motion-Count is more reliable in judging the standards of clean, connecting punches. Motion-Count uses the same objectivity that judges and scorers are taught, only without the random biases and difficulties of doing it live.

Of course, Motion-Count may take away from some of the drama of a bout’s conclusion, but in the pursuit of fairness and truth, post fight analysis is the only logical way. Having a Compu-Box stat taker for every single kind of punch and for each fighter would not even allow accuracy because there will be unavoidable human error. If I were the stat-taker for, let’s say, boxer A’s left hook to the body, there would be numerous instances in a fight that I would be unsure whether one did or did not land on boxer B. Even as I carefully watch every second of a bout using the Motion-Count method, I need to replay over and over again, in regular motion and slow motion, numerous instances in a bout when punches don’t seem to clearly connect or miss. With that said, stat-taking in boxing is always going to be a judgment call. I think it’s our duty to cut down on the errors and make a science out of scoring the punches in the sweet-science. Some punches look like they go off gloves and others look like the impact is flush. Sometimes a boxer rolls a punch, and perhaps slips a punch, that looks like it was a clean shot. Sometimes boxers just paw as opposed to punch and, conversely, power punches sometimes look like jabs. It is important to signify what is a rub, push, or an illusion, and what is a clean and clear connecting punch. These problems are consistent with scoring punches and recording statistics, so it is impossible to do a sufficient job ringside. Certain punches we cannot even see from a video’s angles, like when one of the fighters has his back to the camera—but at least we can rewind and assess the action. I have sat ringside dozens of times and I know that it can even be more difficult to assess punches from bad angles when seated ringside. Perhaps, Motion-Count can eventually implement multiple stationary cameras for post fight analyzation. With the right equipment, Motion-Count may not take the 15 minutes per round that it takes for me with my standard VCR’s rewind and slow-motion. Still, Motion-Count, as I use it after every significant fight through a regular television taping, is so much more reliable than any Compu-Box data ever taken. This proves that Compu-Box is virtually obsolete and has left a trail of misinformation. I know it would ruin the tradition of boxing—and corruption—but maybe all boxing decisions outside of the actual ring action should be made the following day. Wrong decisions have happened hundreds, even thousands, of times in the sport of boxing. Post fight decisions would have helped avoid a whole lot of those. Though I am not disputing decisions based on scoring punches, I am disputing the story that Compu-Box tells after all is done in the ring. Motion-Count is at least a good start at adding some accurate stats to all the debates. I recognize that it’s crazy and fanatical, but what true boxing man isn’t a little nuts?

Here is an example of Motion-Count numbers compared to Compu-Box: