Home » Sports Farce Part II – the Delusions of Being Competitive

Sports Farce Part II – the Delusions of Being Competitive 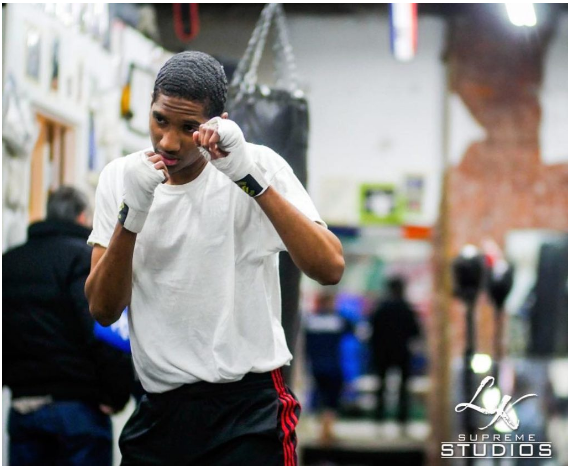 I just caught Magic & Bird on HBO while hoping, instead, to watch a replay of the Pacquiao-Clottey 24/7, but I sat through the basketball documentary taken aback by the pretense. To me, Larry Bird acted like some monster readying himself to eviscerate his opponents, the greatest of which was Ervin Johnson. Johnson explained away at how he was, as well, a super-human whose personality when not at home was encapsulated by being “Magic.” When he was in front of the cameras, he was an entertainer, and pure Magic. When he was on the court, he was a competitor trying to do whatever in the world he could do to win. The retrospective bravado they displayed was just another sample of sports stars likening themselves to fighters and soldiers with lofty self-praise and post-game rhetoric. Basketball players talking about “courage” and “killer instinct?”

The clichés that star athletes recite and replay at every public appearance, impromptu or planned, are all seeming indicators of some sort of retardation – either the athletes’ abilities to reflect as years amass, or of the athletes’ mental development, period. What competitive spirit are they trying to embellish?

When I was a boy rooting-on the New York Knicks against Michael Jordan and company, I had never realized the emptiness of all the pretentious trash-talking they all partook in. Michael Jordan was sold to the public as a “fierce competitor” who “wanted to win at all costs.” He “hated to lose,” and the Knicks “awakened the beast.”

Until I spent significant time in a boxing gym, I hadn’t noticed how unaccountable even the great Michael Jordan had been.

He was never a fighter.

In the fight game, there had been defectors in between rounds of major fights and established names who had given-up without a towel thrown, but I would bet my life that they have more mettle than the common sports athlete in non-combat sports. Football players like Ed “Too Tall” Jones and Mark Gastineau tried their hands at pugilism only to conclude their retirements in embarrassment. They were not built to be fighters. And fighting brings out the truth, as the old maxim says. Recently, Herschel Walker, a lifelong martial artist, said he was a fighter first and if mma were around 30 years ago, he would have never played football. He was a legendary football player who expressed how much more difficult fighting and its preparation is compared to anything he has ever seen or done. We have yet to see if his fighting career will even exist at his advanced, but fit, age 47. Perhaps he played football too long.

It’s obvious that people have different levels of drive when it comes to competing, but the thing that can never be determined is how much anyone has when they have not been taken to the limits of their will. Sometimes “heart,” or “will to win,” comes down to a player just being better or being in better shape. When referring to who has the most competitive spirit, Charles Barkley and Michael Jordan sited Tiger Woods. When Karl Malone discussed his mentality when entering the arena to play basketball, he said he goes in “like Mike Tyson, ready to take you out.” How does the public encourage such nonsense that pose such limited parallels? These guys, greats in their respective sports, are nothing – in any way, by any relation or resemblance – like fighters or “tried” soldiers of any sort.

It’s a joke to even consider these non-combat sports figures to be decorated with titles of “courageous,” “relentless,” etc. Football is rougher than basketball, but it is just another contact sport that thrives on two sides having opposing objectives at every moment of the game: One team is trying to keep the other team from scoring. It doesn’t even share the same feature of any engaged combat or battle in which two sides are trying to inflict damage onto each other simultaneously. This is arguably why other sports are infamous for perpetuating the “bully” athlete that is virtually non-existent in combat sports. The last time I checked, there was no “enforcer” even on the wrestling team.

Larry Bird, like Michael Jordan, can talk about his “wanting it more” or “loving to do battle,” but it seems to exclusively be post-game grandiosity. When athletes use such talk, they make themselves into caricatures of fighters. It is easy to say that pre-game words “angered the beast inside” and it is why “I scored 45 points on the Knicks,” but it’s hollow without revealing before the game the intent to score however much. It’s hollow without any quantifiable cause and effect. It’s empty without causing injury or pain. Bird spoke about “loving [the idea of doing battle]” and not shaking hands “with the enemy,” but there is no consistent action during the game to validate or warrant such projections of being a warrior. It’s just impotent make-believe. Others may idly accuse Bird of just being an arrogant racist thriving on opposing the black man. It was nonsense anyway. Years later, when Michael Jordan was helped off the court by Scotty Pippen after Jordan scored 38 points with the flu, it marked the day I stopped watching basketball. I would have only respected him for his warrior effort if he had died that night, because the whole scene was melodrama reserved for the gullible. Sure, he was probably exhausted, but I am forever convinced that he was not that exhausted only at precisely the 48th minute.

Sports figures like Michael Jordan and an arguable non-athlete in golf’s Tiger Woods have lent a generation of kids who are “all talk.” How many times have we heard, “I’m just so competitive and I want to win so badly… I will not accept defeat”? Whatever is behind the talk, the talk is all there is and just that in too many non-combative pursuits. People stroke their egos and society programs them to believe in that feel good hard work; it’s the American way, but it’s not at all doing what is so hard to do. Many of the most famous sports figures have built considerable skills in cheating, too.* Cheating referees by flopping, and gaining advantages on technicalities each may get wins, but they are not necessarily indicators of beating the competition, and certainly not a feature of competitiveness. Wouldn’t the desire to win despite any technicalities or disadvantages be a greater sign of competitiveness? What we have in most sports is a dynamic fallacy in which there is no real measure of hard work or competitiveness simply because there is no empirical level of suffering. Most sports are games. However one looks at it, these sports have an imbalance of drive to win, ability to win, talent, insecurity, conditioning, and luck (and in most cases, those of their teammates) – nobody knows what to blame or extol. Like in everyday life’s pursuits, less talented people have to work harder but, in turn, they may excel because they work harder. In sports, that could mean that they get in better shape to play at a slightly higher level. And, like in life, the even more successful people almost always give the kudos to hard work. Anyone with some experience living knows that story is cockamamie 19 times out of 20. And when it’s not cockamamie, it’s at least a fight.

*It has been said that “there is no such thing as cheating in fighting.” This comes from the idea that fighting is self-governing… other than bringing a weapon to a fight. See the article Steroids and Cheating in Boxing and MMA (coming soon)