Q&A with the World Fight Club 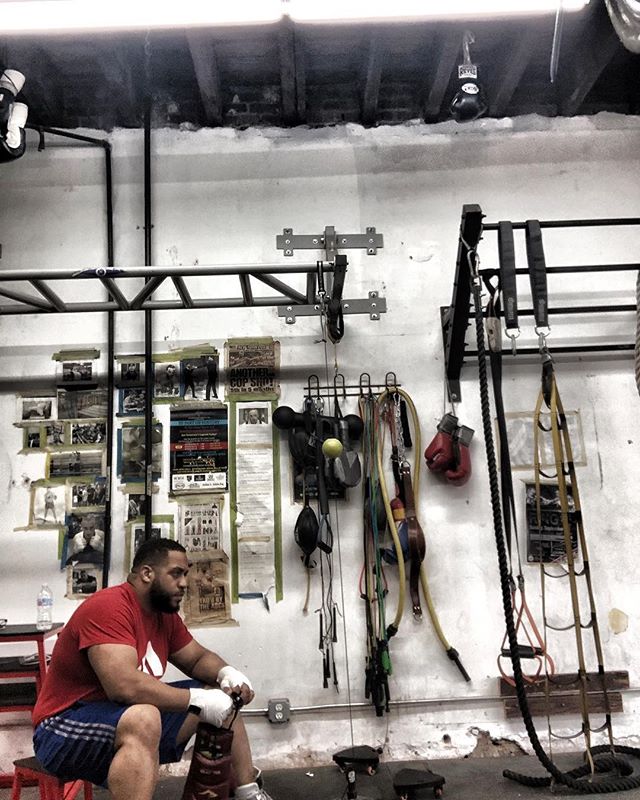 D.J. Morrissey: What is the WFC?

Andromania: The WFC is essentially the World Fight Club, we are the world fight club for so many reasons. We incorporate all styles of fighting such as boxing, wrestling, kickboxing MMA, professional wrestling, jiu-jitsu. Where else can you find all of these different styles of fighting under one roof, on one card, for one ticket? That is essentially the idea of what we are trying to brand as combat entertainment and that is basically the WFC.

D.J. Morrissey: Why did you start the WFC?

DM: Not only are you the creator of WFC, but also a fighter, how did you get started fighting?

A: I got started fighting pretty much because I had to. I am 5’5 and growing up I was the skinny kid, the small kid, so in order to not get beat up, I had to learn how to fight. I used to be a pushover, they called me Piñata because I used to have a sweet tooth and when the kids beat me up in elementary school, candy would come flying out of my pockets. I then decided that enough was enough and had to figure out “what could I do?” I was always considered the most athletic kid who couldn’t play a sport by my friends; too small for basketball, too light for football and I couldn’t catch or throw a baseball. I always liked watching action movies, martial arts movies so I decided to take a class, and believe it or not, on my first day I got beat up by a girl. I thought that martial arts weren’t for me at that point in time and decided to just weight train and get as strong as I can. About a year later I decided to give it another try and started taking classes, really started getting into kickboxing and the rest is history. Flash-forward to today I have been training in martial arts for over 16 years. I started with Tae-kwon-doe, Snakefist kung-fu, Muay Thai kickboxing, American and Chinese boxing. In high school I learned how to wrestle. I got the inspiration from watching UFC and, specifically, Dan Severn, I didn’t understand what he was doing and it intrigued me; then I saw him beat up a Muay Thai fighter on one of the shows and I decided to learn more about it. A friend of mine asked me if I wanted to join the wrestling team and the rest is history. I attribute most of my success as a wrestler to having an understanding of Aikido and being able to use one’s opponents force against them. Wrestling then really became my passion. In 2000 after I graduated high school a friend asked me if I’d like to get back into martial arts, and at that point I began the creation of the WFC. A bunch of friends and myself (sic)started looking around for places to train and found them all very expensive so we decided to train with each other. I started to blend all of the various arts that I had trained in to become an MMA fighter. With my background in personal training and nutrition I was able to keep myself in good shape and on a regimented diet and that is basically how I began fighting. DM: How did it feel the first time you used your training in a real fight? A: I was never one into street fighting, fighting always intrigued me but I didn’t necessarily like fighting. About the 5th or 6th grade I came across somebody trying to kick my ass and it was amazing to know after that, that at least this stuff does work; I was able to defend myself. It felt great and from that point on I decided to keep on doing it.

DM: What part of your fight game needs the most improvement?

A: I would say everything. No fighter wants to feel comfortable and build habits; you don’t want to become a one trick pony. It’s important to work on everything, be open to suggestions and constructive criticism. I never think that anything I do is perfect. I’m always trying to punch faster and harder. I always try and work on everything everyday and make sure to keep my fundamentals strong both by practicing them and teaching them during classes. DM: What would you say your go to move is during a fight? A: Because I’m usually the small dog in the fight I like to use my upper body strength to create angles and get them off balance. If it’s a kickboxing match I’ll use my 1-2-3 combo. A jab, cross and then roundhouse kick to the leg to chop them down. In an MMA match I would look to start off with some strikes and then use my wrestling against my opponent. In a wrestling match I’ll get the guy on the ground as quick as possible, make them tire down by using their energy to attempt to get up and if submissions are involved I will usually go with the rear naked choke or the guillotine.

DM: What are your thoughts on the state of MMA today?

A: If I could sum it up in one word, that word would be “inflation.” Any guy who rolls on the mat for two months thinks he can get in the ring. A guy who knocked somebody out at a bar thinks he can go in there and strike. It’s really pathetic today to see such a great sport like Vale Tudo and Pancrase, real fighting become almost like a fashion show, everyone’s trying to walk down the runway strut their stuff and make a quick buck and get out. Now you got guys, it’s all about tattoos and who has the better Affliction shirt and I hate it because what happened to hip hop and professional wrestling. It’s all about their reality TV shows and promoting those fighters while real fighters can’t even get a contract. That’s why I feel this sport will go out of business eventually because it’s not quality over quantity. It’s quantity over quality right now because their aren’t very many real fighters being employed right now. The state of MMA today is actually its own worst enemy. Its own success will be its failure and I find it deplorable. That is why I hope one day my WFC can rival a company like the UFC and truly bring back the art of fighting into entertainment.

DM: What are your aspirations for the future as a fighter?

A: My aspirations as a fighter are pretty simple. Unfortunately age is a factor and I don’t foresee myself becoming a professional fighter. I want to use my fighting abilities to help further the movement that is the WFC. I will look to use my knowledge to train the fighters of tomorrow and hopefully help breed a new generation of great fighters and entertainers through my organization.

DM: What are your aspirations for WFC in the future?

A: What I want to accomplish with WFC is plain and simple. I’m looking to get out of the backyard and onto the TV. Outside of my background in fighting and training I have experience in film and I love to entertain and I want to bring the WFC into your homes to entertain you. We want to take that next step from the underground throne to the mainstream. You can check us out at wfclive.com and on our youtube page at youtube.com/wfclive.