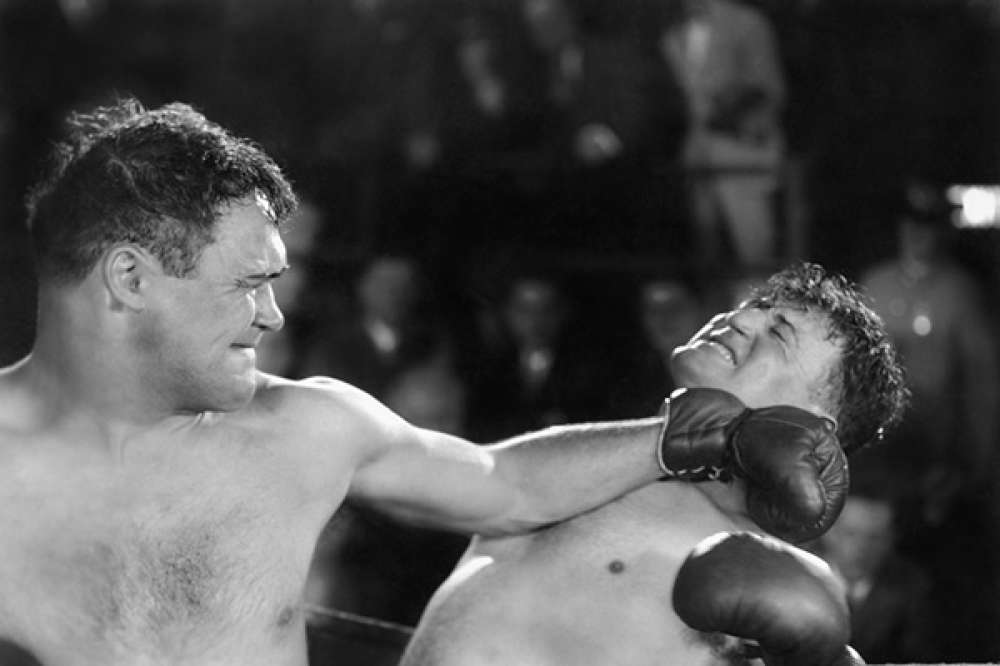 I recently brought my JO team to spar at another reputable boxing club that had a crop of great talent.  After watching the other kids, ages 9 to 12, I began noticing a problem that I had once believed was a problem solely of competition performance in amateur boxing — these kids showed zero defenses as they brawled mindlessly when they engaged in the pocket.  In competition, I’ve seen some decent guys stoop to low levels of throwing haymakers and getting hit with every dumb punch around. But I didn’t realize talented kids partook in the idiocy in sparring as though it’s done on a regular basis. It’s akin to the stupidity some of these guys call “rumble drills” (drills in which boxers spar in front of each other with brawling punches and not a semblance of defense).  It’s asinine.

I don’t claim to be better of a coach, but I can promise that I continue to be the most responsible coach possible.  And these kids’ ignorant parents applaud with jive talk of all the senseless toe to toe fighting.  These kids were obviously talented and athletic, but after every small front of boxing acumen, the kids each engaged with reckless abandon standing on the line with their hands down and racing each other’s punches to see which guy can throw harder and more.  It’s primitive and lays promise to CTE and Pugilistica Dementia.  I don’t wish it.  I know it.

I know enough is in the pudding’s proof.  My boxers, from Raleek Born to Dey’Shawn Williams, simply don’t comply with the stupid brawling.  Born sparred these kids, and even though he may have not bettered each one of them, I assure you that he didn’t get his brains beaten in to even a fraction of violence that each of them (except perhaps one of them) inflicted on each other.  Raleek would block 5 to 10 punches and land check counters. This is a losing exchange in amateur boxing, but well respected in the highest echelons of boxing (see Floyd Mayweather). The highest echelon is a barren land with only a few men who will escape rather unscathed.  I think some of the greats who think it’s okay taking shots off of the upper skull, the hard part of the head, don’t realize how the hand and glove take off a considerable amount of impact regardless of how well a skull can roll a blow. Our sport has been stuck and plagued for over a century, and maybe it’s time to note that the Mayweather style is the next evolution that boxing should embrace: To hit and truly not get hit.

Kids and even seniors throughout amateur boxing are implored to punch more, be first, be last, punch and punch.  The minute rounds for pee-wees and bantams do not allow for much a display of skills. Skills don’t necessarily have a pay off in the amateurs because 10 blocked punches is considered better than 2 landed punches – in the JO’s especially. Athleticism and fast twitch muscles is a wave that most of the best amateurs ride. Boxing has a way of finding the Roy Jones’s, but for every Roy Jones boxing, perhaps, boxing loses several fundamental geniuses. Whenever you watch a knockout or watch someone get rocked, probably 99 out of 100 times, it’s a error of fundamentals that gets the guy in trouble. Recently, Curtis Stevens was knocked out by David Lemieux. Stevens backed up to the ropes, blocked a 2, countered with a 3, and pulled his right hand back trying to race Lemieux’s 3 which was fundamentally the next obvious punch. Now with no room, because his back is to the ropes, why he’d try to open up by pulling his hand back in such a precarious position when he was cautious not to do so for the previous rounds is all beyond any mindful trainer’s plan. For a fighter to not acknowledge the mistake by saying, “I just got caught,” is a disservice to the art of boxing. Does he really not know? Okay, that all may have been hard to follow, but my point is that boxing is an art of fundamentals. It’s ignorant to think differently. So I tell all boxers that they have to expose others’ lack of fundamentals by reading and setting up their opponents. So it’s up to coaches to teach long-term skills instead of allowing little kids to hit a wall when they get older.  That wall could be great losses of brain cells.

We’ve seen too many aftermaths of non-sensical, defenseless bravado in too many of our lifetimes. Bruce Carrington just fought a kid in the semi-finals of the 2017 New York Daily News Golden Gloves whom I’ve heard my coaches say is going to die in the ring one day.  I love the kid for his heart, but his chin might be too long-lasting for his lifeline.  We cherish tough-guys who bleed and get up wobbling and determined.

It is time that we acknowledge how they could have avoided it all.  Imagine if they never bled on the brain.  Ever again. Any of them.

One Reply to “Pugilistica Dementia – Every Coach’s Burden”

One Reply to “Pugilistica Dementia – Every Coach’s Burden”