Home » Notes on Quitting and its 9 Levels

Notes on Quitting and its 9 Levels 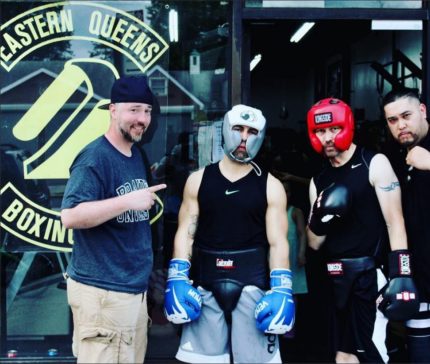 Sometimes fighters quit without even knowing they’re quitting. The truest fighters fight back to win in fights they are losing AND fights they should have lost – when they’re hurt or embarrassed or slower or less skilled they still find a way to win. They are supremely disciplined and/or special. Not trying to get lucky. This is boxing.

Many fighters talk about Plan B’s, but almost all adjustments are still part of Plan A. A great fighter uses a true Plan B only 2-3% over a whole career. Plan B’s are not “adustments.” A Plan B is doing something entirely different when a fighter doesn’t believe she/he has a viable answer to what the other fighter is doing – e.g. switching stances, changing a style of fighting, etc. Plan B’s are for a quitting culture.

Plan B’s are not at all the heart of boxing.

The 9 Levels of Quitting in a Fight

9. Willingly stops contest (can’t take it, not cut out for it or realizes lack of desire).

7. Surviving not trying to win (aka. immoral victory).

6. Going out on your shield not trying to work for win but trying to “appear as though” you’re trying to hit a homerun or give last ditch efforts (fronts).

5. Going out on your shield not working for win but knowing you can win with a homerun knock out (the belief in the punch and the proven ability to do so).  This is when a fighter takes his beating willingly.

4. Pretending that it’s easy and that you’re not trying (maybe fans and judges will be fooled) while you are losing.  “This goes with “putting on a show,” fake slickness, loud grunting, mugging for the crowd while actually doing nothing in the boxing match.” – Frank Zinzi

3. Abandoning the grueling plan of working and finding a way for trying another unbecoming style trying to win even though you believe it won’t work (moral victory quitting).

2.  Not going for it when you know you need it. You’d rather get a decision-by or catch a robbery than possibly get knocked-out, hurt, or embarrassed in the last round.

1.  Coasting from behind or in a close fight. Content in a possible loss. Thinking you won instead of “going for it.”

A fighter is supposed to work for angles and imposing her/his will and the plan, adjusting timing and speed and distance and tactical moves. A fighter takes intelligent risks trying to win.

One Reply to “Notes on Quitting and its 9 Levels”

One Reply to “Notes on Quitting and its 9 Levels”