Home » Know What You’re Getting Into Pt. I

Know What You’re Getting Into Pt. I 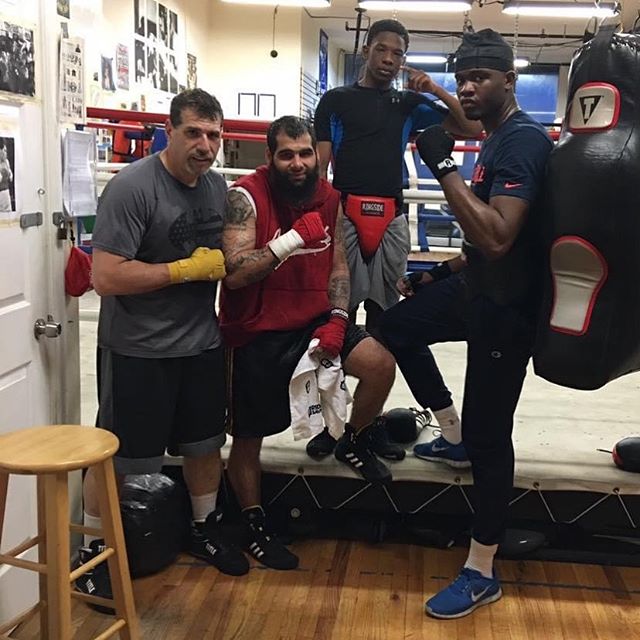 Know What You’re Getting Into by Al Alvir

Boxing, like all combative arts, is not beneficial to just anyone who takes it up.  And it’s only because the majority of people waste their time just to quit.  I’ve seen hundreds of people take up martial arts – from boxing Police Athletic Leagues to traditional dojos – yet never learn any of the simple functions of the given arts.  It’s no wonder that the general population can’t fight a lick and don’t know what a “slip” is, but they can recite pro-ball statistics like idiot savants.  I’d bet that 1 out of 15 people can really defend himself/herself in a fight.  What’s that ratio for the people who pursue learning how to fight?

On the surface, fighting evokes a sense of rebellion.  Some kids want to be looked at as fighters.  They want to make the statement, “I’m tougher than you are.”  But there’s a reason society isn’t made up of fighters.  The training is difficult and it takes dedication.  Anyone could have fun punching people in their faces, but it isn’t so fun to take punches.  In Rocky Balboa, Rocky makes a profound (some may say corny) statement about fighting: “It’s not about how hard you hit, it’s about how hard you get hit and keep on coming.”  That sums up fighting to me, even in all the trickiness of the Sweet Science.  So there comes a point when all combat students realize that a day’s training is not mindless fun practice like shooting 500 lay-ups on the basketball court.  Fight training is actually mentally draining, physically torturous, and often downright boring.

Of the small section of the population that pursues combative arts, the majority take up traditional arts like Kung-Fu, Taekwondo, and Karate.  A great number of those traditional schools offer instant gratification, as most instructors coddle their high paying clients.  The schools offer step by step “cookie cutter” instruction, and the sense of belonging of brainwashing cults.  The problem, if it’s not so obvious, is that it does nothing to make anyone fight better.  The ego-stroking of receiving belts, the applause from a Kata exhibition, and the explicit respect from fellow students don’t equal anything necessarily related to ‘fighting better.’  For the traditional gyms that do ensure the proper fighters’ rights of passage, they too see the efflux of non-committed “wastes of time” I call temporary members.  And if you are not taking up martial arts for the greater purpose of fighting better, you have to be honest with yourself: maybe martial arts is not the way to go.

People quit gyms and dojos at a higher rate today than ever.  And it’s not the recession dictating people’s choices – that’s the excuse quitters make while they spend their money on easier habits, be it food or drugs, or whatever.  The out-of-shape men learn that they would rather slack at a fitness club.  Women stick to whatever they want to, but for the most part they just want the most fun, new work-out they could get anywhere; not too hard, not too easy.  Young men watch the UFC and fool themselves into thinking they could do it within their average 2 month span before they dedicate themselves to chasing women.  In my day, desire, or “hunger” as they called it, was what made people stick to fighting.  It was believed that only people who grew up poor became champions (in boxing, it remains the consensus).  Today, boys ultimately figure they would rather be on their computers when they’re not making mockeries of other sports.  Because mockery is the luxury of other sports: you don’t get beat up and you get to enjoy them even if you play them wrong.  In combat, luxury is a sin, and fundamentals are the foundation of a minimal function, survival – even on the lowest amateur level.  There is no frivolity in training, as fighters will spend years committed to honing basics if they have to.

Paying dues is not a fool proof prerequisite even inside the fight gym, however, because many trainees want to learn things like ‘uppercuts’ before they know how to step properly.  Or they just want to B.S., and the goal of “fighting better” is lost.  With the involution of MMA, people want to do everything without putting the necessary repetitive work of mastering anything.  MMA is getting more people in gyms, but the same number end up quitting.  People are just soft nowadays, the age of excess and depthlessness, as they want to try everything just a bit and excel only at the fantasy of possibilities.  But unlike the possibility of becoming the president of the United States because you read page one of the New York Times, sticking to combative arts will be the hardest pursuit of your life, and one of the most fruitful, especially because you could have quit any time.  The easy bet is that you will, like everyone else.

0 Replies to “Know What You’re Getting Into Pt. I”

0 Replies to “Know What You’re Getting Into Pt. I”