Home » Hero Worship and the Black Belt Bait and Switch

Hero Worship and the Black Belt Bait and Switch 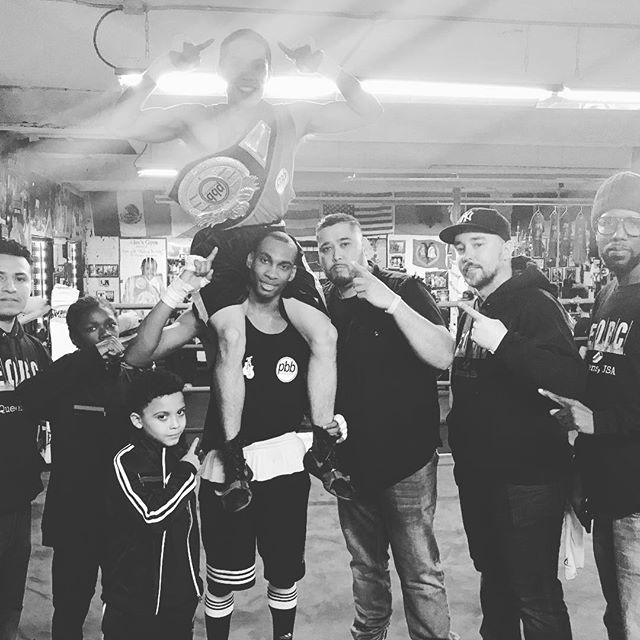 Any person who is getting into any area of information exchange must learn the process of the exchange of knowledge and, with an open yet skeptical mind, discern what he/she is being told.  This is much easier said than practiced, because people want to blindly follow – it’s just easier.  What ability does anyone have to discern if they have no basis of understanding of a given subject?  Extracting truth is the responsible shopper’s responsibility.  Too bad there are too few of those kinds of people.  It’s why people get duped and conned, brainwashed and chopped-up.  There is a type of person who tends to get brainwashed.  Martial arts and fitness salesman from every discipline harness this laziness, or stupidity or gullibility or vulnerability.

Martial arts and fitness businessmen can be among the most unethical salesmen, so tied up in the scam that they don’t even know they’re lying anymore.  They know that people listen to authority figures, not for the validity of what they are saying, but for the authority figures’ authority.  That can come from many Ad-Hominem posits (look it up and know it, it may be the basis for your whole foundation of belief in the martial arts) – fight record, trained under so and so, owns large schools, or is simply just famous.  There are relations here, but no evidence to the person having any solid philosophies or the most basic sense of imparting knowledge.  It is simply a show that is being sold.  Maybe they’re like really good multi-level marketing gurus who abduct you with charisma.  Maybe it’s the black belt bait and switch.

Whatever it is, it is a sale on HERO WORSHIP.  Once a victim falls under a hero’s spell, he will believe whatever he is told.  He will pay for a hero’s dvd’s, bow, and brag about his hero.  He might even “work” at his hero’s dojo for free.  The scam can be as innocent and as vicious as any, but it’s still ubiquitous in martial arts.

Some of the most renowned martial artists – even decent ones in my book – use the hero worship thing to their advantage.  Some really well-rounded skeptical martial artists may even be susceptible to the con.  Perhaps they have trainers who tell great stories and show a different move, a different counter for another counter, every single day.  This sort of thing can be overwhelming and awe-inspiring; the kind of thing that may make a martial artist think “this teacher is the greatest fighter ever, he will kill anyone because he knows these moves.”  Bullshit, because the student never even had a chance to see his coach in a fight.  Bullshit, not because it is absolutely impossible, but because it is absolutely unproven.  Furthermore, with the understanding of how people learn, the teaching of a different move every day is the easy way out.  It is part of the hero worship con.  It’s a con because it doesn’t work in imparting knowledge to students, and it’s a con because it makes students think they are learning more than they are learning.  It’s a con because the money keeps on rolling-in.

This sort of thing is seen much less in boxing, mainly because there are few designations of authority, and title belts only become the next man’s drive to be better-than.  Boxing coaches tend not to partake and perpetuate the hero worship, but it happens.  Once, I demonstrated some hard punches for my boxers – they never see me throwing full tilt and I don’t get in the ring anymore due to some physical ailments – but they started talking about how amazingly I threw punches and how I’d kill other guys in the gym.  I quickly shot that idea down, because the last thing I wanted was a group of fighters starting the ball rolling on hero worship.  I may know more than any one of them, but I was no longer in shape to even go three rounds.  So let’s call it what it is.  Fighters like Mike Tyson had a specific kind of respect for Cus D’Amato, but it was something entirely different from hero worship (I’ll discuss this in another article).

But it does happen in boxing when fame and resume comes into play.  No one knows why Freddie Roach may be the best trainer, but he got the designation because he had the best fighters – someone new comes every year.  But anyone would get the best fighters if he had the opportunity to cherry-pick his talent while his gym floods with candidates to work with.  Still, no one on the election board, or whoever decides trainer of the year, actually knows who is the best trainer.  It’s subjective to the point of having almost no reference and no control group.  So perhaps the best way to tell who is the best is to see the grassroots production – how much do the fighters who go nowhere know?  That might be the most logical gauge, on the opposite end of the spectrum of hero worship.

Hero worship is a poor state of mind for any fighter.  The problem is the majority of martial arts coaches use it as a sales tool.  John Danaher gives pristine speeches that fool people, even unintentionally (but I don’t care), into thinking he is the be all guru of BJJ (he once stated his tactic of how to extract info from youtube and he used the ad hominem route, then reneged).  Some boxing guy self-proclaimed as the Mittologist does so, too, perhaps obliviously, through the use of the stupid moniker.  There are dumb people out there who will rather listen to a “Mittologist” than a boxing fanatic who studies this stuff 70 hours a week.  George Dillman famously harnesses hero worship through a complete hoax – you discern – of Chi or Ki.  He knocks down people without touching them, and says they must believe they will be knocked-down in order to feel the power.  People line up in droves to buy this stuff and topple over at his mere suggestion.  I once attended one of his martial arts seminars (before the Chi madness) where he was tapping people out with pressure point manipulation, and perhaps I was even then unsusceptible to the idiocy.  There is much more to the story – the a-hole yelling at me, my skeptical questions, etc.  But it ended with him lining people up as they tapped at his slightest touch.  I, however, let him dig his fingers deep into my arm joints to the point I thought the guy was going to have a heart attack before I finally tapped.  And I tapped from the general discomfort only after shadow-boxing a punch to his face and groin.  He let go and gave me a death stare.  I suppose that was when he was still a beginner with the Chi stuff, because I didn’t flinch.  George Dillman, what an embarrassing martial arts figure.  But this stuff can be seen in almost every other school or on Youtube where instructors fold their students in showy onslaughts of violent technique – the students just get thrown around and fake-punched, and the instructors sell it as “realistic encounters” as they puff their chests as though they were just in a fight.  It is as if they all believe their bullshit.

Students in any field tend to revere their teachers as they brown-nose with wide-eyed enthusiasm.  They tend to sheepishly patronize.  Traditional-martial-art-minded martial artists tend to tap quickly to moves and fall without resistance.  I’ve done it once or twice, too, but only for the reason to move on with the practice, but you will see students with the greater tendencies to hero-worship, lengthening their learning curve and perpetuating things being done wrong and even perpetuating lack of toughness.

Top mma guys often make themselves out to be pristine leaders in their fields, but that has always been part of the hoax and part of the intriguing beauty of martial arts.  They make lofty quotes and hold themselves high like celebrity gurus; but trainers should just be what they are: people with the time by which they have accumulated knowledge and who now have more time and impart continuing knowledge.  Along with talents, smarts, and fanaticism, coaches could help their fighters benefit to differing degrees.  But I ask them to please spare the pretentious mumbo jumbo and lofty quotes that may raise their appeal to naïve teenagers and uneducated alcoholics.  Realize that they continue to harness the effects of hero worship and brainwashing.  Any great teacher should strive to make someone born of the opposite mindset and impregnable to the like.

He’s usually called a fighter who wants to be the best.

Even better than his teacher.