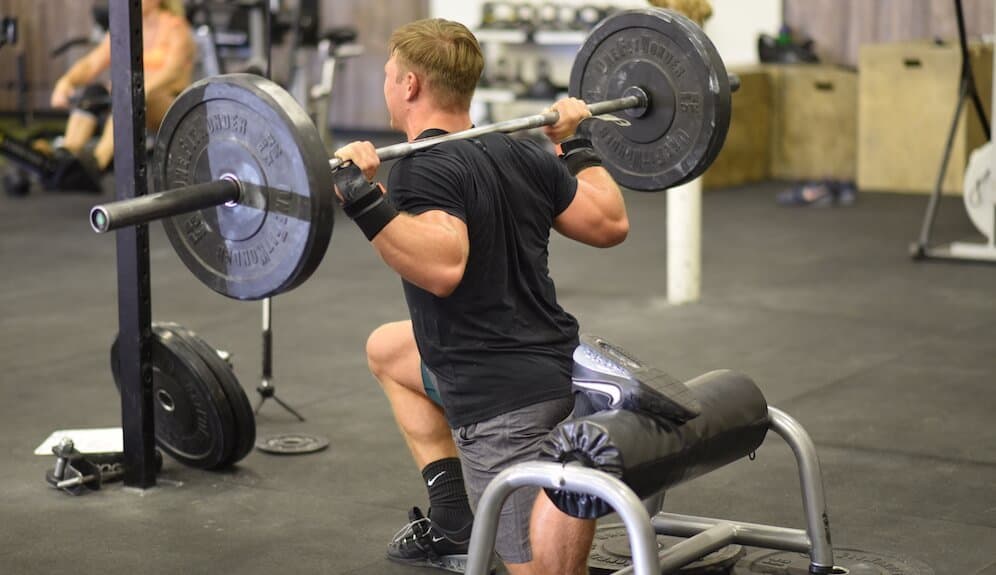 “The bigger they are, the harder they fall.”  “It’s not how strong you are, it’s leverage.”    “Skills pay the bills.”  These are some oft spoken training maxims, but pure fitness has always been a center piece of martial arts, romanticized and necessary in its core.  Now, with the boom of crossfit training, the popular implementation of strongman routines, and the everyday mma poseur who thinks he’s showed talent in some bravado bar brawl, how much muscle under one’s bench means so much more.

There may be a false pretense because being in shape is starting to mean more than being in fighting shape to many people trying to be fighters.

MMA guys are spending so much time in the gym body sculpting (whether they call it that or not) that they inadvertently sacrifice fighting technique.  Tire flipping for hours, then benching, then sledge-hammering tires, then throwing medicine balls in every angle for another couple of hours is becoming the norm for mma practitioners.  Macebells.  Chains.  Kettlebells.  Ropes.  Sandbags.  War hammers.  Indian clubs.  Clean and press….  It’s usually followed by 20-30 minutes of hyper mitt work, a small chunk of which may be technical mitt work.  Fight studying is left to the few professionals who solicit it.  Even their skill drills consist of contrived ways to achieve fitness without actually doing the boring thing they’re training to do.  E.g. Sprawling on medicine balls.  But consider that relying on attrition and drilling over strategy is one way to be unprepared.  And some fight camps only have sparring twice a week.

Martial arts training has always dangerously revolved around cute trends.  “What’s cool at the moment” has always meant more than good ol’ boring work.  On a lesser scale than other martial arts, boxers have found ways to escape the monotony of training since the adherence of the Marquess of Queensberry rules.  Bouncing handballs to train hand-eye coordination and training to jazz music are examples.  Speedbags, heavybags, shadow-boxing are accepted today as good drill work, but they have been around for as long as we can track back in time.  New training routines and training apparatus are regularly being introduced to martial arts.  Until the 1970’s and 1980’s, old-time boxing trainers were wholeheartedly against any weight training, as they believed it ruined flexibility and took snap out of punches.  Today, everything the everyday martial artist does revolves around weight training.

In Rocky IV, the “cool” trend that Rocky contrasted in the series’ obligatory training montage was the costly machines and expensive regimens.  His character basically favored the strongman/circuit training that is coincidentally the fad of today.  The displacement and unpredictability of the weight indeed lends to a more well-rounded work-out (you have to stabilize the weight and use your core), but how many drills does a fighter have to do?  Is the idea that strength and size replaces skill?  The arguably dumbest line in the history of combat movies may be Rocky’s response to Paulie when he was asked where he’s going to spar.  “”I don’t think I need it anymore, Paulie.” dismissed Rocky on his arrival to fight camp.  Perhaps this is a sentiment of today’s martial artist, specifically the mixed martial artist who seems to put technical-training on the backburner of fitness.

The cliché of the fight game, “styles make fights,” seems to have missed the mark in mma.  It’s not how a fighter wears his tattoos or designs his board shorts that style refers to.  It’s not whether a fighter is sprinting on a road or on a track.  Style is fighting style – habits, strengths, weaknesses, moves, and how each relates to the other fighter’s style.  (I was going to edit out the condescension, but it may really have been needed to be said).  The ultimate fact is that training should consist of as much simulation as possible to improve style; attrition will come with the intensity of work and the several complimentary drills.  But a fighter doesn’t need to do every damn drill in lieu of the real thing. Perhaps it is because trainers are trying to make it fun for their students that they try to implement new regimens and new training devices.

Overtraining muscles over skills is a problem, and the proof is in the quality of fights that are put out.  Guys have great physiques.  Some of them are fast.  So many of them are powerful.  But no one seems to have timing anymore.  And for such fit people, they don’t last the marathon of professional fights well.  This can be attributed to the lack of experience and savvy of being in the situation.  They suck air while punching like bums.  They lack technical proficiency.  They lay on the ground to rest, or they paw and push punches while struggling to get to the bell.  I can spot 7 out of 10 televised mma fighters who are simply mediocre.  And the numbers of top ranked boxers who are showing less than expected technical skill are also alarming, perhaps 3 out of 10.

Simply, there are too many work-outs to build specific techniques’ muscle memory and strength, so fighters must narrow down their work-out programs in order to focus more on ring or cage hours.  Any technique building exercise is more valuable than too much strength work.  And if the technique work supplements strength work (padwork w/ weighted vest), it’s even better.  But an honest assessment of training needs to be made.  If technique is suffering – a ubiquitous problem in mma – refocus needs to be made for its improvement.  And more weight training is not the solution.

A fighter is not a weightlifter or runner or strongman contestant.  He is certainly not a swimmer.  So, a professional fighter, especially, usually cannot be a professional of any of those pursuits simultaneously.  Imagine a fighter training to do the butterfly, backstroke, and breaststroke, and aiming to increase swim speed over an 8 week training camp. Then, that fighter practices throwing barrels, lugging sleds, and doing farmer’s walks?  Each workout takes some serious technique and practice in order to perform well and, more importantly, decrease the chance of causing injury. The fighter’s focus, therefore, is removed from fighting in every one of the grueling workouts.  Doing a few things to enhance a specific fighting need where there is a deficiency is certainly encouraged.  I, for one, think strongman training is actually the best fitness training in the world.  But fighting is a game of skill and needs as much practice as possible in itself, as any other pursuit does.

How can a fighter improve his routine after falling for all the trends?

The individual fighter simply has to know what matters.  The drill sergeant coaching needs to be put into extinction for any fighter in the world.  The fighter has to not be a follower.  The fight game is a self-motivating discipline in which coaches are there to spot weaknesses and remind fighters to focus, not baby them into mindless onslaughts of hard work.  It’s not the military in which a kid may just be trying to get through his service tour and have his college tuition paid for.  The fight game is “exclusively” for people who love fighting and are compelled to do the work that goes into fighting.  It’s not for people who need to be psyched-up like power-lifters and football players.  They need to drop the ego that goes with all the “cool” and “hardcore” routines.  Because there’s nothing more hardcore than fighting.  The fight game is for composed warriors, warriors composed in all trials.  The discipline of fighting is like no other because it should be boring.  The discipline is in the routine, the monotony.  Bob Jackson, an old trainer of mine, once told me, “There’s no music in a fight.”  The “fun” in training and preparation was supposed to be in the “hunger” to be the best.  The question is: What is the goal, really?  Surely, not just image.

I forget which famous fighter once said this: “You wanna know how you practice fighting for an upcoming fight? Fighting.”  And no martial artist can ever disagree.  And so it goes for sprawling, too.