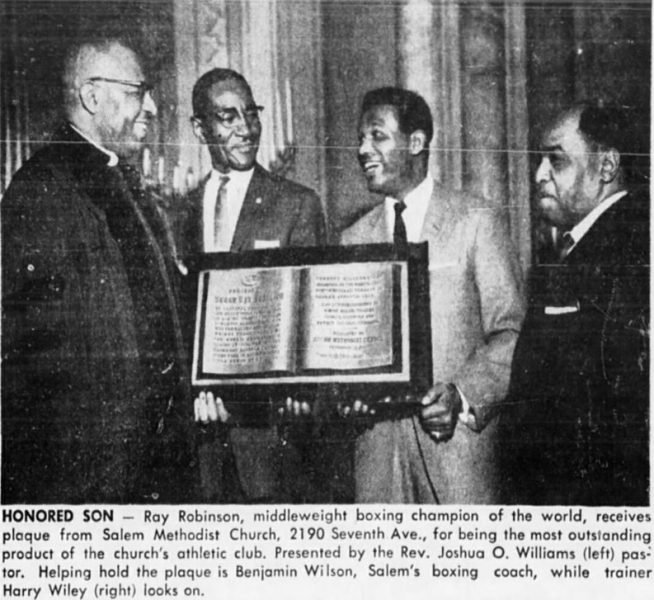 Old men who tell about how they used to be so great come into the gym every couple of hours. They all think they have the secret to becoming great. They want to parrot some random knowledge, starkly simple-minded and subjective as it may be. They want to feed their egos. They want to feel important. They want to look cool and squeeze their weight around.

“You have to throw the left hook after the right hand. Step in. Step In. I bet your coach don’t tell you…”

These guys think they have the guise to make boxers think they’re helping. But they fail to realize that everyone knows in boxing that you can’t fake dedication. Dedication, the only thing that sets anything apart in any craft, only bares itself to anyone on a personal basis. Boxing knows when you are putting in time now. Boxing knows the difference between who is willing and who will. What I mean is that I know my fighters’ expiration dates and their capabilities like they know if I’m dedicated to being by their side, they know if I’m continuing to learn, they know if I know what to do, and they know if I’m going to be here. And a few hours a week bullshitting in my club or an anecdotal story or a lengthy boxing resume doesn’t mean one single iota of a thing to fighters if you don’t know them.

We all try to humble ourselves to information, but the ghost of Ray Arcel himself could rise from the turnbuckles in our ring’s corner with some eloquent tip for one of my guys, and the info would be as weighty as a cutman in the gym tipping that “you need to sit more on your shots.” Hardly prophetic to anyone. Because nothing is divine in boxing except dedication and bonds.

Once upon a regular day, true story, I came home thinking of a few O.G.’s who don’t know me, ‘don’t know a thing.

—I was training like I was in my youth. Hitting bags, ready to spar, ready to be called to fight. This old guy, Arnold, who I barely know, says to me, “You not throwing your right hand right.” He meant my left. “Like this,” he questionably mirrored. I entertain and listen and agree. Humble myself to anyone, that was my way. All the greats were in my gym. All time greats. Cus D’Amato was watching over me. All these legends were watching.

I could almost see their faces. You know, when you are sure who’s there but can’t name them.

But Arnold Annoying was there. His name had changed in the moment. He was barely a regular. But he was my senior, only by age. And he continued to point out to trainers all around the gym how I wasn’t turning my hips. He wanted recognition for pointing out what he thought was my flaw. I said to someone in the slang of my youth, “I’ll just fuck this nigga up, we the same weight…”

Cus nods to me. I know all the legends in the room are watching. Cus, says, “it’s a good left hand, kid.”

I hope he’ll tell Arnold to shut the fuck up or I was going to fuck him up. It’s just how I felt. Every sole legend in the room is quiet. I’m wondering why none of them are bothering telling this guy he’s wrong.  I don’t quite understand why it doesn’t matter enough to them. I could sense they want Arnold Annoying to go away because he don’t know shit, and he’s not even ready to spar. People in boxing just have another sense.

All these all-time great trainers and fighters were there. I knew who they were. I idolized them. They were humble and quiet. But Cus was the only one I remember. They all looked on as to say, “Just ignore this guy. He don’t know a thing.”

Finally, Arnold Annoying walks away and smugly says, “I’m the only one who showed him how to throw it. The right hand.”—

When I woke up, I headed to the gym with the quiet confidence that my idols had. I know something anyone outside doesn’t know. It’s an old-time gym. What we don’t know, we learn together. We know each other.

My guys even know I was a southpaw. My coach knew to show me how to throw.

And I believe in the boxing in my gym. I believe my gym is the best boxing club in the history of the world.

I wake up knowing this every single day. If the legends in this farm are ever realized, maybe a few others will know it too.