Top 10 Pound for Pound Boxers by DJ Morrissey 1A- Floyd Mayweather- Total fights 42 Wins 42 Wins by KO 26 Losses 0 Draws 0 “Needs to fight Manny, enough said.” Up Next: Miguel Cotto 1B- Manny Pacquiao- Total fights 59 Wins 54 Wins by KO 38 Losses 3 Draws
Up Next: Tim Bradley Jr. 3-   Andre Ward- Total fights 25 Wins 25 Wins by KO 13 Losses 0 Draws 0 No contests 0 Dispatching the likes of Miranda, Kessler, Green, Bika, Abraham and Froch over the past 3 years will vault you up the rankings of the P4P list, not to mention winning the Super Six Tournament. The boxing world is clamoring for a matchup against Bute but who knows what will happen. Ward also has a mandatory against Anthony Dirrell due. His future will become clearer as his rehabs a hand injury from the Froch fight. Up Next: TBD 4-  Wladimir Klitschko- Total fights 59 Wins 56 Wins by KO 49 Losses 3 Draws 0 No contests 0 “The Klitschko’s are boring.  The Klitschko’s dominate the heavyweight division.  The reason they are boring is because nobody can really challenge the brothers’ heights and cowering styles.  Chisora put up a valiant effort against his brother in what was probably the biggest problem they each have faced in years.  Klitschko jumping on backs?  Reminds us of Lewis sprawling on Tyson.” Up Next: Jean -Marc Mormeck- March 3rd 5-  Nonito Donaire- Total fights 29 Wins 28 Wins by KO 18 Losses 1 Draws 0 “After a spectacular knockout of Montiel, Donaire has had two lackluster victories over Narvaez and Vasquez Jr. albeit the first against an opponent who just came to collect a check and not fight, and the second fight suffering a busted hand.  Donaire needs to be a little more convincing to keep himself this high on the P4P rankings.  Of course, we could charge that to Donaire taking chances in order to try giving the fans a show.  It looks like it will be Jorge Arce next but nothing is finalized.” Up Next: TBD 6- Sergio Martinez-Total fights 52 Wins 48 Wins by KO 27 Losses 2 Draws 2 No contests 0 “After knocking out Paul Williams in the 2nd round of their rematch, Martinez shot up everyone’s pound for pound lists, and rightfully so.  While Martinez waited for the big money fight, he beat both Dzinziruk and Barker and was still looking for more.  Martinez will travel into hostile territory to take on Matthew Macklin at MSG in NYC on St. Paddy’s Day which should make for an interesting evening.  If he gets past Macklin, a highly sought after bout against Chavez Jr. could be in his future… or a third bout with Paul `The Punisher’ Williams.” Up Next: Matthew  Macklin- March 17th 7- Juan Manuel Marquez-Total fights 60 Wins 53 Wins by KO 39 Losses 6 Draws 1 “After another highly contested, debated points loss to Pac-Man, Marquez sits on the outside looking in for the big fights once again. Marquez will take an interim bout while his other possible opponents take care of their agendas.  Possible future opponents include a rematch Amir Khan, Lamont Peterson, and a rematch with Pac-Man.” Up Next: Cesar Cuenca- April 21st
8- Miguel Cotto-Total fights 39 Wins 37 Wins by KO 30 Losses 2 Draws 0 No contests 0 “Cotto enacted a measure of revenge on Margarito on Decemeber 3rd at MSG which this writer had the privilege to attend.  A knockout would have been much sweeter for the Puerto Rican Cotto but a stoppage will have to be enough for now after his controversial loss in their first fight.  Cotto takes on Mayweather next in a fight that should have probably occurred years ago at 147. I give Cotto a shot at ruining everyone’s dream fight of Floyd against Manny on May 5th when Money will challenge for Cotto’s 154 alphabet title.” Up Next: Floyd Mayweather- May 5th 9- Julio Cesar Chavez Jr.- Total fights 47 Wins 45 Wins by KO 31 Losses 0 Draws 1 No contests 1 “The time has come for the young Chavez Jr. to show his meddle.  Unlike many observers I am a believer in the young Mexican champion’s abilities but the time has come for a step up in competition. Chavez has shown sign of developing into a better boxer in his last 2 fights under the tutelage of Freddie Roach and we need to see just how good he is whichever weight class he ends up in.  Possible opponents that loom for Chavez are Paul Williams, Saul Alvarez and Sergio Martinez .”

“In his worst performance in recent memory, Khan lost to Lamont Peterson due to the referee’s deduction of 2 points for pushing – it turned out to be a highly questionable outcome in our nation’s capital.  The two have come to terms on a rematch for May 19th where Khan is favored to take back the belts he never rightfully lost.”

Up Next: Lamont Peterson 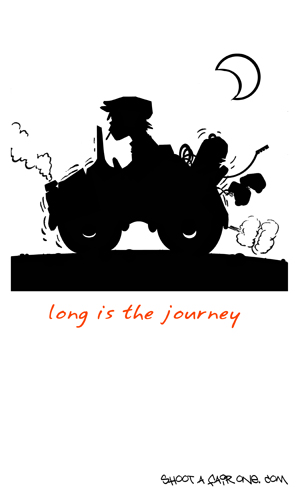 Top 10 Heavyweights of All-Time (This rating is simply based on how each fighter would fair against one-another on each of their best nights based on opinion in rating their overall attributes if they all fought in the same era.  ShootaFairOne.com recognizes that this is impossible to determine, but we tried anyway.  Top 10 ratings usually list fighters on their average nights and on their attributes, along with their accomplishments.  This list is based on fantasy numbers and opinionated betting odds.)