Home » BREAKING NEWS: Pacman-Mayweather – Imagine If the Roles Were Reversed

BREAKING NEWS: Pacman-Mayweather – Imagine If the Roles Were Reversed 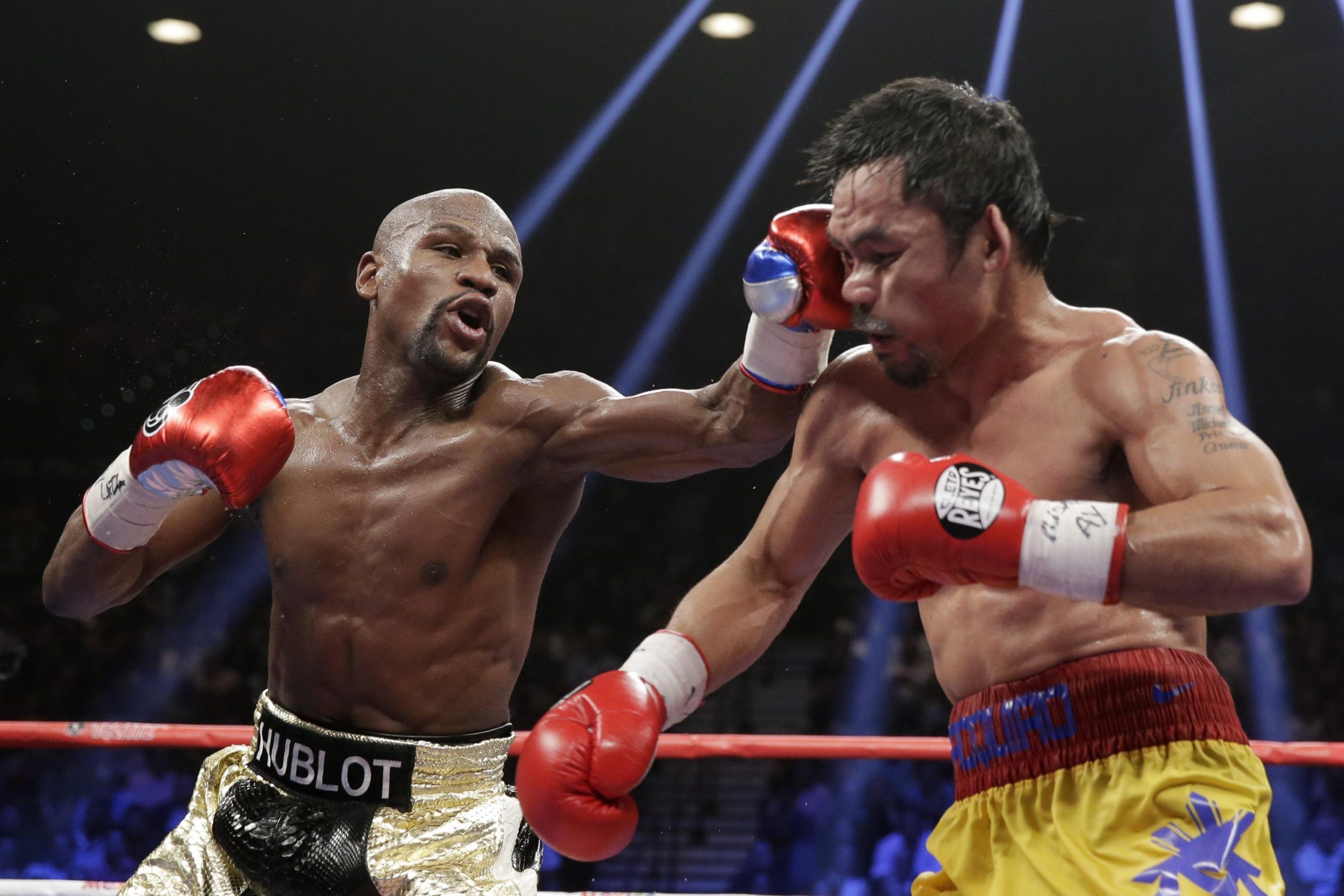 The storyline changes once again.  Common sense tells us that Manny Pacquiao does not want to fight Floyd Mayweather, Jr.  Pacquiao refused to recognize Mayweather as a viable opponent for a couple of years; in interviews, he has been recorded saying that Mayweather wasn’t on his radar.  When Pacquiao signed for his last fight, contrary to popular belief, he did it when it was impossible for Mayweather to guarantee a fight with him.  The media tends to get this confused.

Pacquiao swore that “skills pay the bills” and that his “size or strength doesn’t matter,” but why does he not want to just fight?  He is now turning the tables on Floyd Mayweather, pressuring him to submit to drug tests that fit his routine – something that is unprecedented in the history of boxing.  Is the agreed-to 3 blood tests – one at the initial press conference, one 30 days before the fight, and one immediately after the fight – not enough?  Pacquiao is pressing back at Floyd at every agreement, and now he wants more.

It is an empirical fact that the Nevada State Athletic Commission has the strictest boxing commission in the world, but what is Pacquiao expecting to be protected from?  If Pacquiao were ever asked for any outlandish prefight requirement in the past, he would move on.  After all, he is believing the press clippings that proclaim him as the best fighter in the world, pound for pound.  It’s funny how Floyd has to prove himself more than any other dominant fighter in the history of boxing, and other fighters were clearly more dominant – nobody asked Roy Jones, Jr. or Mike Tyson to prove anything but their skills in the ring.  It is as if the testing is questioning his stature as a fighter.  What, Mayweather can’t be that good?

Now Pacquiao wants to send his own company, a team of hired hands, to run tests on Mayweather.  Mayweather knows the tricks of this trade.  He had previous experiences with blood tampering, so Mayweather has reason to be skeptical.  There is even a video of Mayweather discussing his angst.  And Pacquiao is slyly selling racist propaganda when he accuses Mayweather of improprieties.  Pacquiao accused Mayweather of having more access to drugs because where he is from.  Imagine if Pacquiao outright said, “It’s easy for blacks from the ghetto to be cheaters, so he must be up to something.”  Also, Pacquiao’s father had said that even if Mayweather did anything illegal, Pacquiao would be an easier fight than his son’s last fight.  So, why doesn’t Pacquiao just take to the terms of the fight?  Mayweather has beaten prime opponents to establish that he has at least an equal say to the fight terms.  And just because Pacquiao is undefeated in world championship fights, the wins cannot supersede principle; the wins mean nothing when two of the best have the opportunity to fight for their legacies.

Bob arum has been in the game for many years and he has experience with telling when a fighter doesn’t want to take a fight, and he had done everything in his powerful hands to make the fight happen, although to no avail.  Other old-timers like Larry Merchant believe it whole-heartedly:  If one fighter is willing to follow the established rules and the other doesn’t, the latter simply doesn’t want to fight.

So I’d say to Pacquiao, “You can’t create your own rules just because you’re afraid of losing what you have.”

The fight is on and off, both are called number one pound for pound, the rumors abound, and the names may be flip-flopped, but whichever way one looks at the facts there is only one coward here.  It was already decided when he protected his record from Miguel Cotto rather than defending it.

0 Replies to “BREAKING NEWS: Pacman-Mayweather – Imagine If the Roles Were Reversed”

0 Replies to “BREAKING NEWS: Pacman-Mayweather – Imagine If the Roles Were Reversed”