Home » A Skepticism On Weapons Training

A Skepticism On Weapons Training 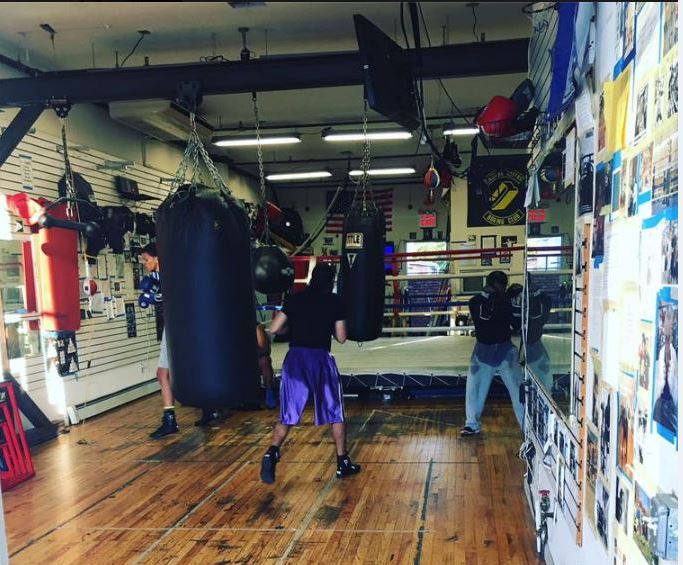 Coming from a background of a mixture of martial arts trumped by boxing, my skepticism on any theoretical training is stark yet open-minded. I’ve done all-out sparring with sticks and wooden knives.  I’ve been bruised and cut by sticks and slashed by fake knives, but I hardly respected any of it because it all felt fake.  All the reality based martial arts simply don’t have the real combat aspect of boxing.  When I did “simulation” of getting robbed, it was missing the biggest aspect of any real-life situation (and most reality based martial arts schools miss this too):  the aspect of fear.  Even though I wasn’t partaking in meaningless kata or training with a complicit partner, the initial fear of actual combat was only something I could feel in boxing (and kick-boxing) in a ring with no time-outs and no signal to end the action other than an injury or the bell.  Stick-fighting with protective suits and metal cage helmets made no sense to me either.  My brother, a world champion stick fighter, apparently beat me all the time.  I always thought I was getting the better of him, and I’m sure I was wrong, but that’s how phony the training felt.  I never really knew when I was being hit in the head, and I thought I hit him thousands of times more than he hit me.  Furthermore, I never could fathom fighting with sticks in the street in any circumstance.  Some of my early sparring boxing experiences shared the same chaos, but when you get bloody from being punched repeatedly, you find out what little things you could do to survive.  When I finally got a real coach to correct me, I found out there was much more to it. And when it comes to knives, every single training drill is theoretical or it’s incapable of being assessed anyway; the two ways of fighting is either from the outside trying to cut up the knife hand or mindless close-quarter violence while trying to disable the knife hand.  Such pandemonium seems pointless to train anyway.  It would be like training how to run away for cover under fire.  Or training to fight 10 guys at a time.  Sure, there are some good techniques and practices, but what much is there to train?  Especially without simulation and discernible liability.

Recently, I did a training course in Carbine shooting. It indeed takes skills to shoot guns of any sort, but the most duress anyone would feel in this sort of training is raising one’s heart rate.  The need to shoot from various angles, crawling, and with people yelling at you does train one’s dexterity in target shooting, but it is nothing minutely close to the feeling of danger.  It didn’t throw me off or bother me in any way.  I vomited at the end of the last course, but it was purely from trying harder than anyone there at having the best time while being tremendously out of shape (the hardest part was the sprint and jumping-jacks).  And I still had the second best time after being the only one of who had a gun-jam that added time to my run (my fat ass would have had the best time by over 22 seconds if my gun didn’t jam).  My point is that it felt like a bunch of guys in a karate class.  None of us seemed to be accomplishing what we may have thought we were accomplishing.  I just wanted to learn technique and strategy which I could have learned in a private session with more rounds and fewer hours.  But I, too, was deluded to believe I’d get a feel of what live action may be like.  If I thought I got that after the joy of busting guns, a few hours later I realized I was wrong.  I need someone shooting at me, seriously.

The problem with all this type of weapons training is the lack of danger involved. When you get robbed (unfortunately, I have been robbed by ambush or the threat of weapon[s] as an adolescent in the 1990’s New York City over 14 times) or when you get into what you think is a life or death street altercation, you feel a fear that cannot be deliberately replicated.  The closest feeling to anything that gives that fight or flight response is getting into an actual one to one fight after planning to meet somewhere (usually outside of the bar), but none of the courses that deal with weapons even offer the slightest simulation to a fight or flight feeling.  People are often too scared to “step outside,’ so they end up throwing punches inside the bar where it’s a little safer, more immediate, and probably wouldn’t last as long.  The nerves of a street-fight can only be replicated in a small way if you’re about to spar in a striking art when you aren’t used to it.  Wrestling/grappling isn’t the least bit scary unless you are a true sissy.  There’s just something about getting punched in the face that orders danger.

I’m a proponent to sport training in regards to any pursuit because you are testing your skills in a controlled environment with material standards. It’s arguable that sport-trained shooters will act better in an real-life active-shooter scenario than many of these white-collared, weekend warriors, who run all sorts of tactical drills really based only on target shooting – because the sport shooters test themselves under a true set of standards after practicing and qualifying.  Maybe a paintballer has a greater chance of acting appropriately in war or combat than someone trained in self-defense gun training because  a paintballer trains against skilled opponents returning shots.  The thing about any sport training – from Taekwondo to Judo to Kickboxing to paintball – it ultimately can’t be cheated or lied on; it’s appreciable.  Sport training is the opposite of theory, and theoretical combat is too often hypothetical combat.  A sport trained shooter proves himself in a controlled environment against people who are trying to beat him.  He has to react instantly and decisively.  He’s testing himself on someone else’s command and within a model of spectators and judges.  It’s a little more serious than practicing in the shower.  Yes, competition shooting is not real combat, but being a part of one-day class doing a bunch of drills is also a controlled environment in which they do not consistently practice and they are not in conditions that have a standard to test themselves against or to test their improvement compared to other people.  Maybe I’m wrong, but the gun course business seems like a good money-making scheme with unsustainable results for its practitioners.  The practice is, in obvious fact, not included.  These courses are informative and introductory, but competitive shooting  emphasizes practice.  Corollary, I would never recommend a one-day crash course in boxing training.  It would be a waste of time.

What, without fearful consequences, is generally the best kind of training for shootout training, meaning one person with a gun versus one or more people with guns? A hunter, a paintball/airsoft player, a marksman target shooter, a competitive shooter, or someone who does tactical training?  Maybe each training should be done in order to be a better soldier or a better man in a shootout.  I tend to side with what gives the best simulation and accountability.  Hunting and marksmanship from stationary positioning often have stationary targets, so this offers little simulation, but their accountability is in harvesting their prey.  Paintball/airsoft players get the accountability because they play a win-lose game, but it is arguable that the simulation is not quite translatable to actual firearms.  Marksmen may not get any of the simulation of actual combat, but they sure can account for their performances on a daily basis.  A competitive shooter gets the most simulation and the accountability of being tested.  Tactical trainees get the most simulation without real accountability; the classes have no basis for consistently testing.  And live practicing on one’s own isn’t so available or legal – that’s why competitive shooting teams are choice places to become better at arms.  Not having any form of accountability is one of the most dangerous facets of any martial pursuit.  It makes it almost make-believe.  Improving would hardly be accomplished.  Imagine if paintball players had no discernible way (perhaps no winner, no loser, no pain, no paint) to assess performance – it would be like my experience in stick-fighting.   Sure, it’s practicing, but what the hell am I practicing for?  What skills do I need improvement on?  Where am I running to?  What is my real world goal?  These should be questions asked by any gunman.  We, gunmen, just seem too much like dweebs who live in a pretend world.  Afraid.  But without the means or wills to simulate frightening situations.  If shooting guns were martial arts, we seem to be more Aikido practitioners than Thai Boxers.  We seem to want to spar with bare fists and not really punch rather than spar with gloves and feel real hits.

As for now, I will continue to partake in some gun courses, but my instinct is that this all would have a better pay-off if there were a way to test the skills. There needs to have the sustainability that a school offers so people can practice often.  The best option, therefore, seems to be competitive shooting. I like guns.  I like shooting.  But I am not afraid of a damn thing related to me wanting to shoot.  I just like the idea of guns.  And until I find simulation training courses that I can attend on a weekly basis and test myself under duress, I’m going to have to stay “make believe,” too.  Just like too many forms of karate.

Unfortunately, without giving its practitioners fear and live training, all the forms of shooting practice and all the pro-gun circles may be losing out on the type of people who may be the best possible shooters: real fighters.

sidenote: The majority of fighters I’ve known tend to not like the idea of hunting either, because it seems too safe and unfair to them. That’s for a later article…