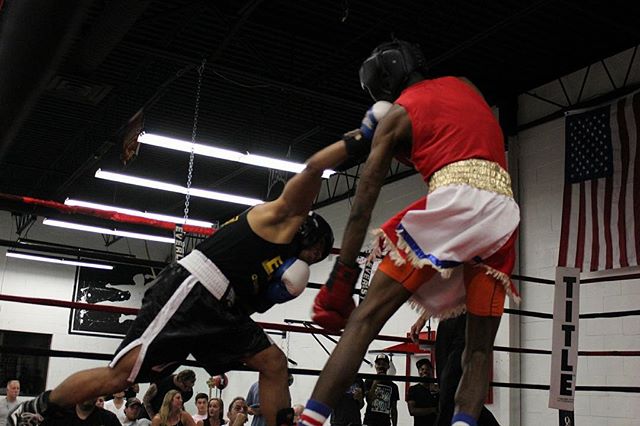 On Saturday, August 14th WFC put on their 10th Anniversary show.  The generically titled show, “The Main Event,” had most of us at Shootafairone.com skeptical to say the least.  Shootafairone.com heard about this underground show and had to come see what the fuss was all about.  Most of Shootafairone.com contributors believed, after viewing WFC’s youtube clips, that WFC was probably fake or, at least, embellishing real martial arts.  The brand of entertainment, basically mma with the over-the-top flare of professional wrestling turned out to be much more worth-while than we had expected.

The show was held in a backyard – by invitation only at an otherwise undisclosed location – where there was a live dj, beverages, food, t-shirts for sale and a real show, scripted and entertaining.  The highlight of the show, though not to undermine the actual bouts, was the host, Laffity.  He did his job like a professional with an apropos tone and jokes that could put Mike Goldberg and Joe Rogan out of work.  The show’s twist is that the combatants engage in actual combat, but they each had character angles and personas like you would see in professional wrestling.  The fighters all train in numerous disciplines and seem to put their hearts in it.  It was like watching actors off-Broadway or in Washington Square Park, brave enough to do what you would never dare do: make a fool of yourself in front of a large crowd.  But WFC guys were actually good.

On “the Main Event” card, there were only 3 fights –two submission matches and a kickboxing match. The first match pitted Rico against a stocky linebacker-looking The Black Mountain. Rico put a feisty effort in against his opponent, but his size eventually proved to be too much for him.  Wix then defended his Submission Championship against a newcomer, filling in for an injured fighter, and who chose the name Cheesecake.  The two fighters engaged each other and several submission maneuvers were attempted and blocked by each competitor in a display of their jui jitsu.  Eventually, Wix locked in an arm bar which sounded the end of the night for his opponent.  Just before that, however, Wix used Cheesecake’s socks to choke him out – indeed, a professional wrestling stunt, but entertaining none-the-less.  The third match of the evening had Andromania (Andro) defending his Open Weight Championship against The G.O.A.T.  The two fighters battled for 3 one-sided rounds.  The more skilled Andro deserved to lose his belt according to most onlookers, as the G.O.A.T. was just too tall.  On a level of skill, the G.O.A.T. didn’t look seasoned, but he has the show and the size to become a WFC occult star.  The theatrics continued when Andro was “jumped” in a humorous finale of broken tables and painful stunts reminiscent of the NWO days.  All in all it was a fun day.  You wouldn’t think it was WWE or the UFC if you had a chance to watch it, but rather somewhere in the middle.  Above all, it was what it was meant to be, entertaining and fun.  And remember, they could be considered the originators if this kind of show ever gets popular, as they have been around for over 10 years.  WFC gets a big nod from me and my friends at Shootafairone.com.  If you want to look into this further, check these guys out at WFClive.com